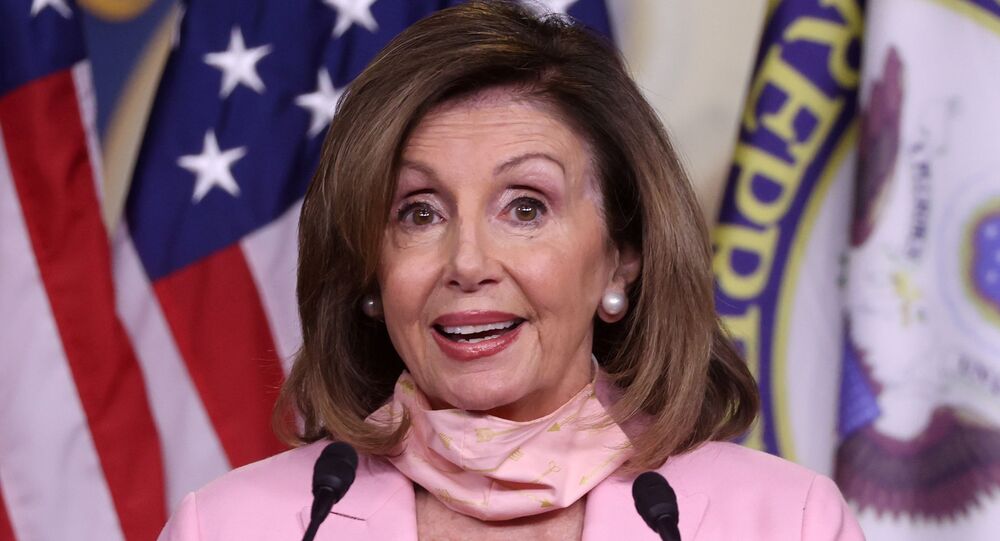 On Thursday, presumptive Democratic nominee Joe Biden surged ahead of Donald Trump in battleground states crucial for a 2020 victory in 19 different polls by four pollsters, with the president’s flagging approval ratings thought to be connected to his handling of coronavirus and the protests that followed the death of George Floyd.

A Biden victory in November would be a “scary proposition” for markets and the US economy as a whole, economist and long-time Trump ally Stephen Moore has suggested.

“I think there’s another factor at play here…that has made the markets so jittery, and that is these poll numbers that are coming out with the presidential election showing Trump down by 8-10 points,” Moore said, speaking on John Catsimatidis’s radio talk show on Sunday.

“That’s a sizable lead that Joe Biden has. The irony of course is Biden hasn’t even shown his face for the last couple of months. But there is a real concern that if Joe Biden were to win this election – and by the way I still think Trump is going to win, but if Biden were to win the election you’re voting not just for Joe Biden, but for a very left-wing economic agenda that would potentially do serious harm. Those are factors that make investors very nervous right now,” Moore added.

According to the economist, Trump’s allies “have to make the case to the American people that this isn’t just about Donald Trump; it’s also about what you get if you vote against Donald Trump, and that’s a scary proposition.”

Moore served an advisor to Trump on the 2017 Tax Cuts and Jobs Act, and was selected to serve on the Federal Reserve’s board of governors, but withdrew his name from consideration in 2019 amid “unrelenting attacks” against him by Democrats.

His comments come amid the results of well over a dozen polls by multiple pollsters which showed Biden outpolling Trump in every battleground state, including Florida and North Carolina, and even challenging him in states like Arizona, Texas and Georgia, which traditionally favour Republicans.

According to a Rasmussen Reports poll last week, Trump’s approval rating is 41.6 percent, down from a 53 percent average in January.