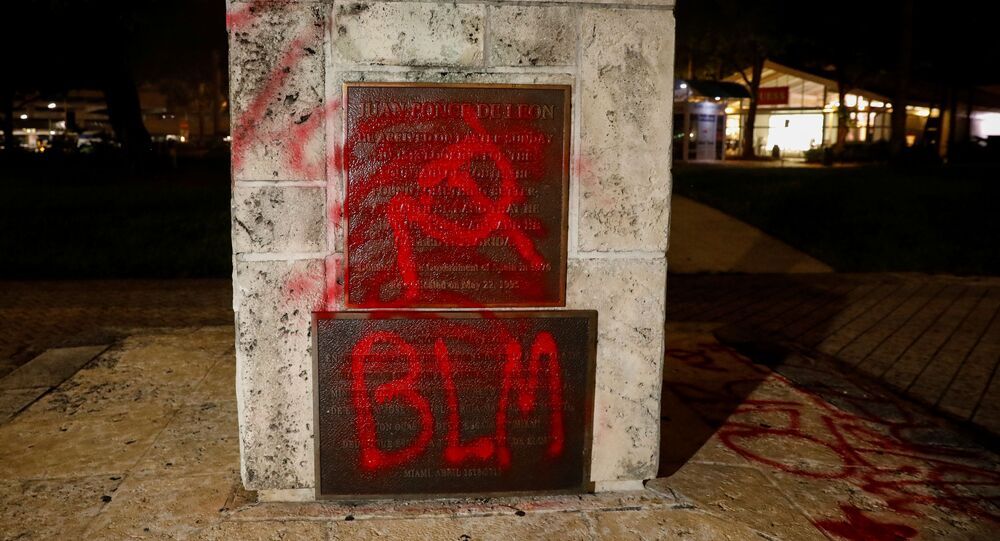 MOSCOW (Sputnik) - On Friday, Trump signed an executive order on the protection of the country’s monuments, which have become a major target for protesters during a month of violent clashes following the death of George Floyd. According to the order, those found guilty of vandalising statues and monuments could face 10 years in jail.

US President Donald Trump on Sunday said that the vandalism of monuments and statues in the country completely stopped after he signed an executive order threatening jail terms of up to 10 years for any destruction or desecration of commemorative sites.

​In many cities across the country, statues depicting former Confederate generals, presidents who owned slaves, and Christopher Columbus, the fifteenth-century Italian explorer who said to have discovered North America, have been targeted by protesters.

On Saturday, prosecutors in the nation’s capital charged four individuals with the destruction of federal property after an attempt was made to topple a statue of former president Andrew Jackson.

Several state governors have approved the removal of Confederate monuments in the wake of the protests. North Carolina Governor Roy Cooper on June 20 ordered the removal of a Confederate statue located on Capitol grounds in the city of Raleigh after attempts were made to topple and vandalize the monument.