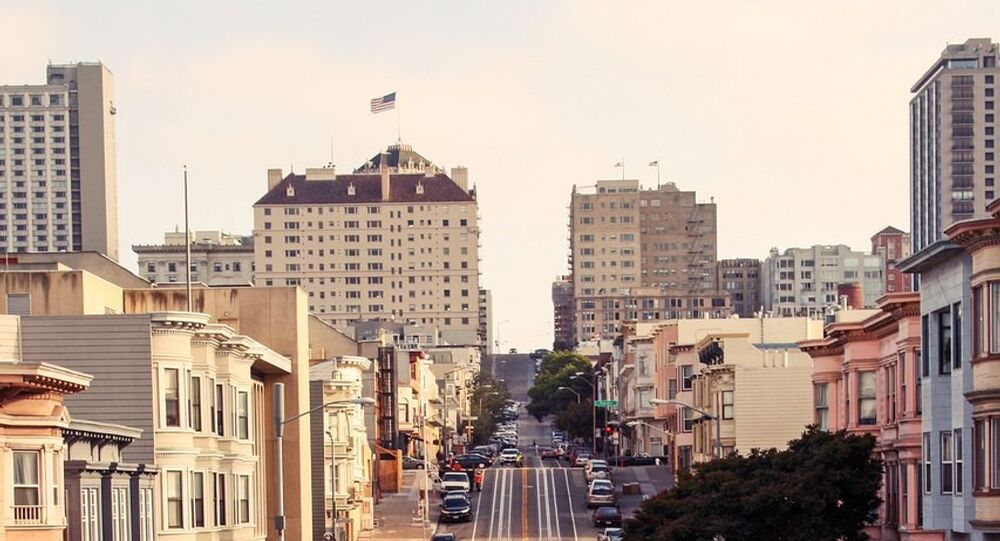 San Francisco was an early adopter of the Front-Line Worker Housing (FLWH) programme that placed doctors, medical workers, public safety employees and other health-related professionals in temporary hotel accommodations in order to reduce their or their families’ exposure to COVID-19. However, since then, not everything has gone according to plan.

Several high-profile hotels in San Francisco, such as the InterContinental San Francisco and the Mark Hopkins, have been flooded with homeless people designated as “front-line workers”, local reporter Erica Sandberg wrote in City Journal.

According to the correspondent, the city’s authorities have been “surreptitiously” placing homeless people in hotels taking part in the Front-Line Worker Housing (FLWH) programme launched in order to provide accommodation for health workers fighting the COVID-19 pandemic at the frontline. The local residents are said to be left in the dark about their new neighbors, some of whom are suffering from drug addiction or mental health issues.

“Disclosure of the names of hotels where people are being sheltered could jeopardize the privacy and safety of the vulnerable people whom the City has placed there if the public and the press become aware of the circumstances of their placement and could increase the risk that they will be subject to discrimination or harassment on the basis of their health status or status as an unsheltered person”, the Department of Emergency Management was quoted by the City Journal as saying.

The media outlet reported that other properties that have been reportedly sheltering homeless people in the city include Motel 6 and the Inn on Broadway boutique hotel.

According to the report, San Francisco has so far evoked a “emergency-disaster” law to keep information private and “promised” the hotel owners not to go public about the hotel’s temporary inhabitants. The hotel workers have been reportedly required to sign “nondisclosure agreements” preventing them from discussing the “chaos” they have been witnessing inside and outside their work places.

However, “concerned” inside sources reported that rooms have been severely damaged by the new arrivals amid reports of drug usage at the sites. At least four deaths in the last several days have been reported in one hotel which has been hosting homeless guests, while giving out “needle kits”. The used syringes have also been occasionally discarded around the premises, according to the sources.

The reports says that hotel rooms at around $200 per night are being paid for by the city, while some free-alcohol and free-cannabis programmes have also been reportedly approved and run by the Department of Public Health.

© REUTERS / SHANNON STAPLETON
Caught in the Middle of San Francisco Coronavirus Crisis: The Homeless People
In April, the head of the city’s Human Services Agency, Trent Rhorer, announced that San Francisco would lease thousands of rooms to homeless people and healthcare workers who were at risk of catching coronavirus, or already had it, and needed an isolation space. At that time, an agreement with at least six hotels was reached, while negotiations with dozens more were underway. $150 million in emergency funding was authorized by California Governor Gavin Newsom to shelter homeless people exposed to the pandemic in hotel rooms or trailers.
...
Reddit
Google+
Blogger
Pinterest
StumbleUpon
Telegram
WhatsApp
74
Tags:
San Francisco, homeless, coronavirus, COVID-19, US
Community standardsDiscussion