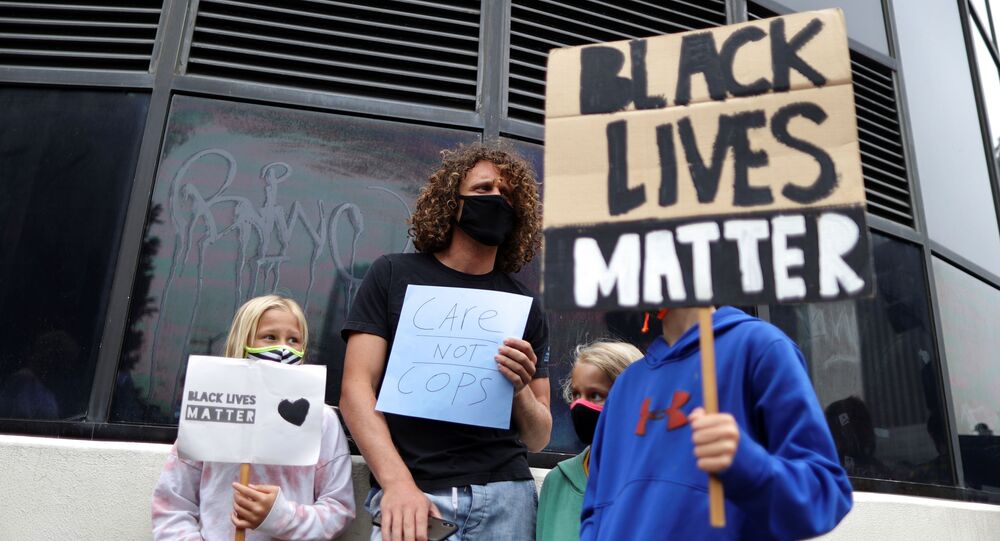 MOSCOW (Sputnik) - The police of Beverly Hills in the US state of California, detained 28 people during a peaceful demonstration against police violence, the Los Angeles Times newspaper reported, citing one of the rally organisers.

According to Austin Tharpe, the rally started on Friday at about 07:30 p. m. local time (02:30 GMT on Saturday) and about 75 people have joined it. Several hours after, the police used a sonic cannon to disperse protesters and declared the gathering illegal.

Most of those detained were taken into custody on suspicions of taking part in an unlawful assembly, as municipal authorities banned late-night public gatherings of more than 10 people in mid-June.

One of the participants is accused of attempted arson after they tried to set fire to a US flag hanging on a building.

The death of African American man George Floyd in police custody on 25 May sparked protests against police brutality throughout the United States. However, many protests turned into riots complete with violence against police and civilians as well as acts of vandalism, arson and looting.