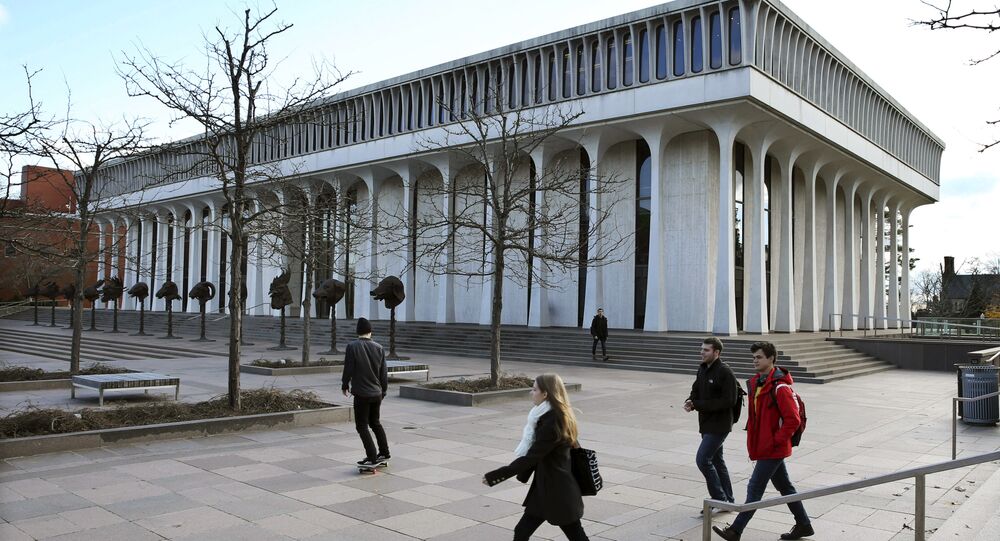 The Board of Trustees says that naming a public policy school after a political leader implies they are considered a role model for students, which they no longer attribute to Wilson.

Princeton University is removing the name of Woodrow Wilson, the 28th US president, from the public policy school and Wilson College, according to a statement posted on the school's website.

The college has decided that Wilson, despite his achievements as a leader of the country, is still a "racist who segregated the nation's civil service after it had been integrated for decades".

"The trustees conclude that Woodrow Wilson's racist thinking and policies make him an inappropriate namesake for a school or college whose scholars, students, and alumni must firmly stand against racism in all its forms", President Christopher Eisgruber said on Saturday.

The school previously considered eliminating Wilson's name after student activists "occupied" the president's office in 2015. The final decision was made in light of recent events, namely the killings of Breonna Taylor, Ahmaud Arbery, George Floyd, and Rayshard Brooks, the Board of Trustees said.

Democrat Wilson, who served as the American president from 1913 to 1921, is considered the architect of the League of Nations - a prototype of today's United Nations, though he is criticised for his actions concerning racial segregation. In 2018, an American Political Science Association (APSA) poll conducted among political scientists put Wilson in 11th place in the rankings of the American presidents.