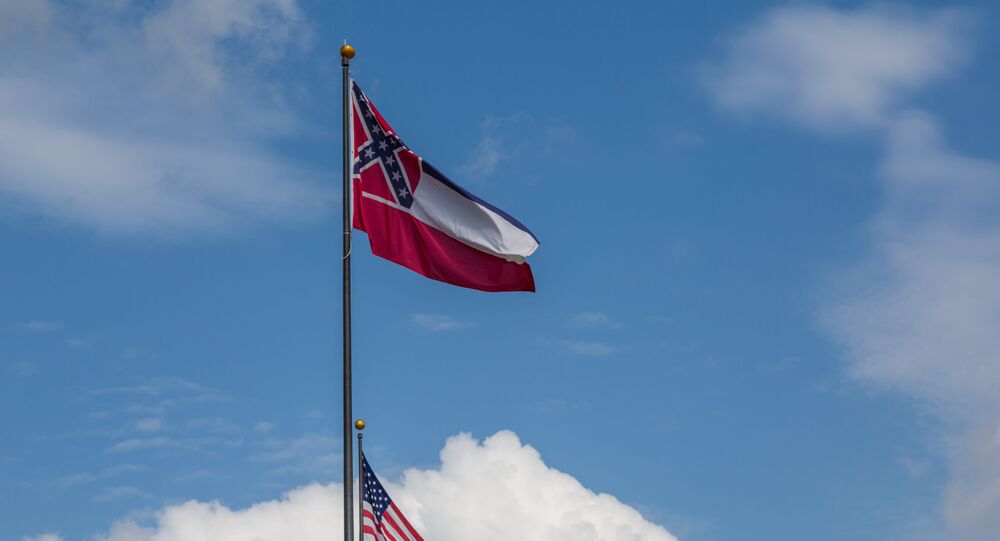 MOSCOW (Sputnik) - The governor of the US state of Mississippi Tate Reeves on Saturday expressed his readiness to sign any bill that passes the legislature proposing to remove the Confederate emblem from the state’s flag.

"The legislature has been deadlocked for days as it considers a new state flag. The argument over the 1894 flag has become as divisive as the flag itself and it’s time to end it. If they send me a bill this weekend, I will sign it", Reeves wrote on Twitter.

The legislature has been deadlocked for days as it considers a new state flag. The argument over the 1894 flag has become as divisive as the flag itself and it’s time to end it.
If they send me a bill this weekend, I will sign it. pic.twitter.com/bf3vyzuObt

Mississippi is the only US state that still features the Confederate emblem on its flag. An ongoing debate to revise the 1894 flag has intensified following a month of civil rights protests in the wake of George Floyd's death in Minneapolis in May.

The US retail corporation Walmart has already stopped displaying the Mississippi state flag in its stores due to the presence of the Confederate emblem, which is commonly seen as a symbol of slavery and racism in the US.

Earlier this week, North Carolina Governor Roy Cooper announced that Confederate monuments based on Capitol grounds in the city of Raleigh would be removed in the interests of public safety.

Statues and monuments commemorating notable Confederate personalities, such as famed general Robert E. Lee, have been targeted by civil rights protesters over recent weeks. Six people were arrested in Richmond, Virginia on Friday evening after clashes broke out near a Confederate monument in the city.