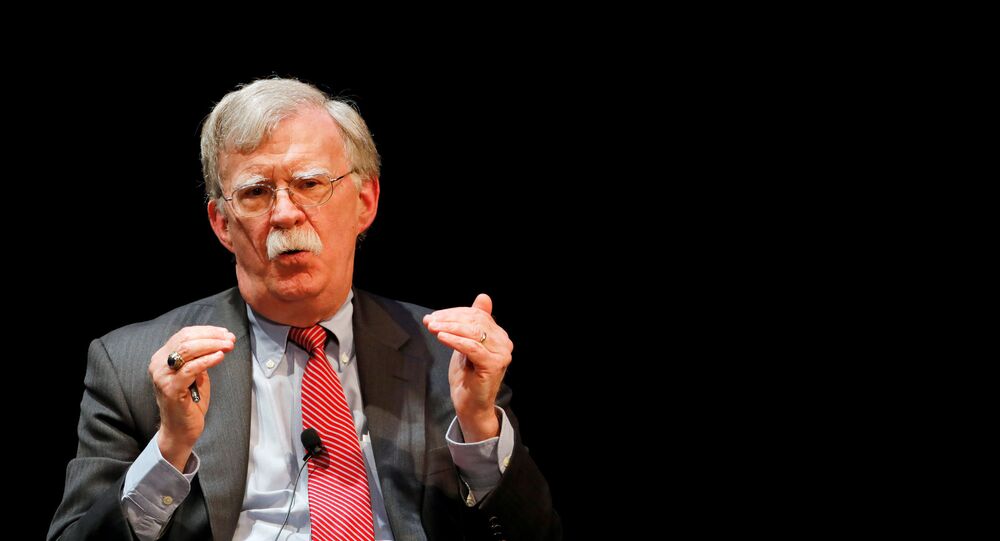 Bolton Claims Case Against Huawei's CFO Not Politically Motivated, Ready to Testify to Prove It

The memoir of Trump's former national security adviser has already made a lot of noise over claims questioning POTUS’ ability to govern the nation, but now the book is starting to affect the US case against a top Huawei executive, whose legal defence is intending to use the memoir in her favour.

Former National Security Adviser John Bolton has insisted in an interview with the Canadian Broadcasting Corporation's "The Current" that the US criminal case against Huawei's CFO Meng Wanzhou, who was arrested in Canada, is not politically motivated. His statement comes in response to the publication of excerpts from his upcoming memoir about working in the Trump administration.

Media outlets have dug up a section from the preview version of the book where Bolton describes how President Donald Trump purportedly wanted to meddle in the case if it would help to strike a trade deal with China. The former national security adviser, however, denies that the case was driven by political goals and went as far as to promise to testify in a Canadian court on the matter.

"Look, the facts are what the facts are, and I think when you read the book it’s very clear what the purpose of the arrest was. It was not politically motivated at all and I’d be very happy to testify under oath to that effect in a Canadian court", Bolton said.

The revelations in the memoir, which has already been branded as "a compilation of lies and made up stories" by Trump, apparently came as a blessing in disguise for Meng Wanzhou's defence team, which intends to use the book to challenge the US extradition request in a Canadian court, according to a Politico report, citing an anonymous source. Previously, the Huawei CFO's team failed to convince a Canadian judge that the case should be dropped based on the fact that it was politically driven and that Meng Wanzhou had not violated any Canadian laws.

Meng Wanzhou was arrested at Vancouver Airport in December 2018 at the US' request. Washington claims that the Huawei chief financial officer had conspired to defraud banks in order to maintain economic ties with Iran in violation of US sanctions against the country. The US insists that Meng Wanzhou misinformed the banks about the nature of the company's relations with other firms, which maintained business operations in Iran, with the White House alleging that these firms were essentially the Chinese tech giant's subsidiaries and not just business partners.

Beijing harshly condemned the arrest of its citizen on accusations that it also sees as politically charged and has since been demanding her release, cutting off some imports from Canada in response to the country's actions.