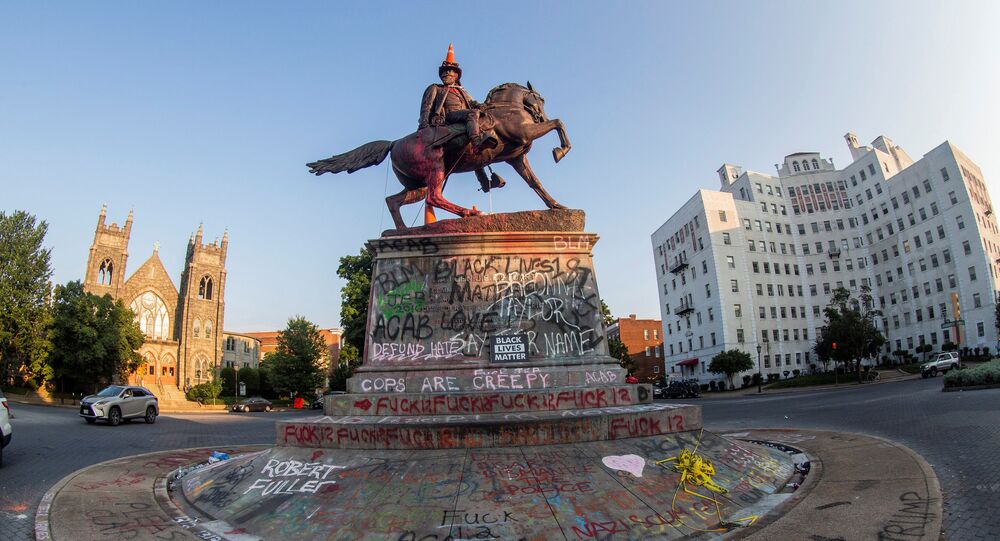 MOSCOW (Sputnik) - Law enforcement officers in the US city of Richmond, Virginia have arrested six protesters during violent clashes that broke out at a statue commemorating Confederate General Robert E. Lee, according to a police statement on Saturday.

"In addition to paintballs, the crowd begins throwing other hard objects. 6 arrests made: 5 adults and 1 juvenile", the Richmond Police statement read.

The charges against those detained include unlawful assembly, obstruction of justice, and assault of an officer, according to the statement.

The clashes broke out at 22:17 local time on Friday [02:17 GMT on Saturday] as protesters began firing paintballs at law enforcement officers who had declared an unlawful assembly.

Statues have become a major target for civil rights protesters in the United States, who have taken to the streets following the death of George Floyd, an African-American male, in the custody of Minneapolis police officers on 25 May.

Earlier this week, parts of a Confederate monument on Capitol grounds in Raleigh, North Carolina, were removed on the orders of Governor Roy Cooper.