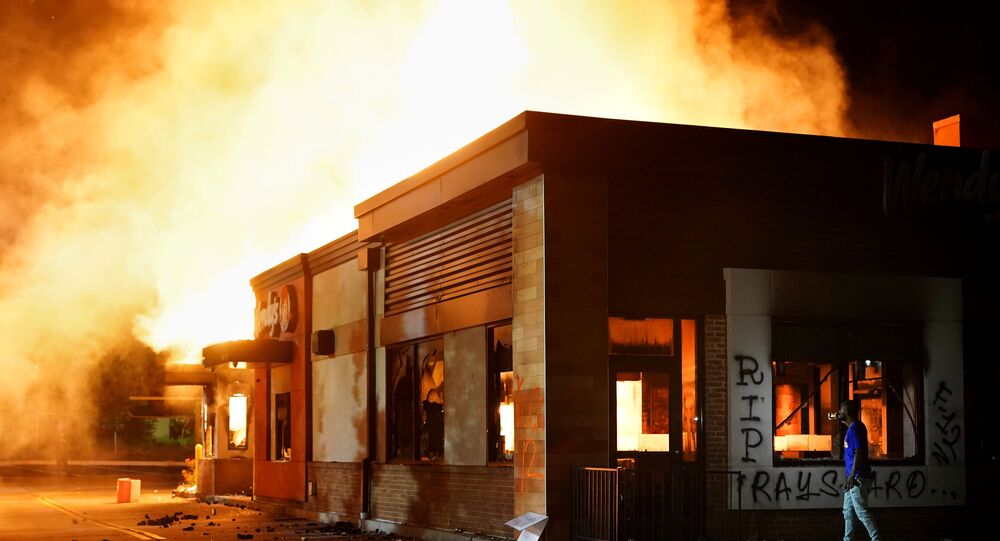 WASHINGTON (Sputnik) - The US Justice Department has established a task force to counter anti-government extremists, Attorney General William Barr said in a memorandum to all the chiefs of different components in the agency and US Attorneys.

"I am today directing the creation of a task force devoted to countering anti-government extremists", Barr said in the memorandum on Friday.

According to the Attorney General, these extremists have a variety of ideologies but are united in their opposition to the constitutional values of the United States.

On Thursday, William Barr's spokesperson Kerri Kupec said the FBI has more than 200 domestic terrorism investigations related to violent protests and riots. She added that more than 100 people have been arrested and charged under a number of federal laws, including inciting riots and destruction of federal property.

The death of African American man George Floyd in police custody on 25 May sparked protests against police brutality throughout the United States. However, many protests turned into riots complete with violence against police and civilians as well as acts of vandalism, arson, and looting.