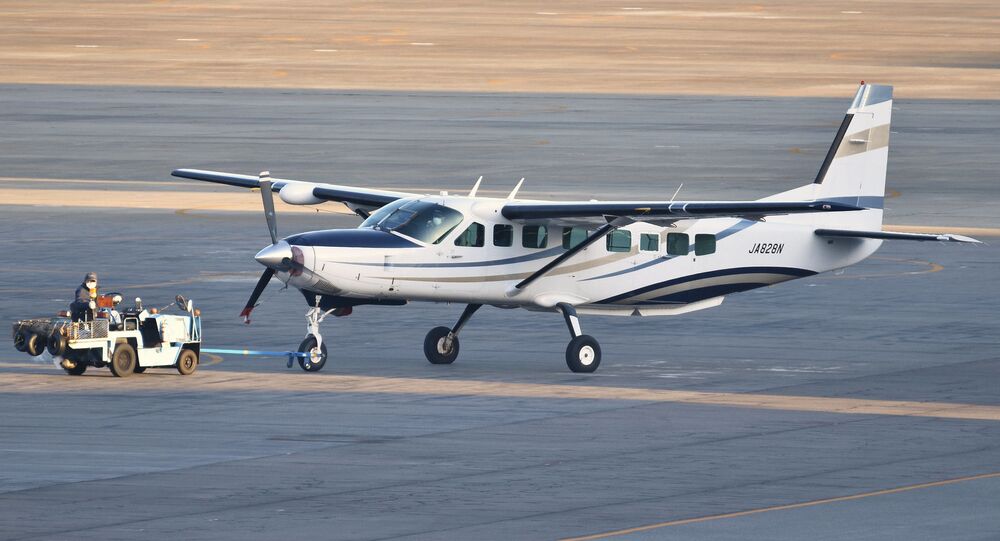 Five federal lawmakers from Oregon are demanding answers about a plane spotted circling Portland during recent protests. The aircraft shows all signs of being a US Marshals surveillance aircraft.

In a Wednesday letter to the US Marshals Service (USMS), Oregon Senators Ron Wyden and Jeff Merkley, as well as Oregon Representatives Earl Blumenhauer, Suzanne Bonamici and Kurt Schrader, demanded answers as to why a plane previously linked to the federal law enforcement service circled Portland for three hours on June 13, as mass anti-racist protests took place across the city.

The federal lawmakers note that the USMS is known for using cell tower simulators like StingRays, which act as a dragnet for targeted users by tricking their phones into passing data through the fake towers, and that the plane, with tail number N1789M, was previously known to be registered with a company exposed as a front for the USMS.

In the letter, the lawmakers demand to know if the USMS operates the plane in question, who authorized the USMS to register the plane with a front company, who authorized the flight over Portland, what type of surveillance equipment was used and what types of data were collected, if that data has been shared with other agencies, if the equipment used was authorized by a court and if the agency has destroyed data collected on innocent persons during the investigation. They request their answers no later than July 17.

Flight data from the night of June 13 shows the plane took off from Kelso, Washington, at 8:20 p.m. local time and arrived in Portland airspace about 15 minutes later. It then orbited the city for an hour at 5,400 feet, then descended to 4,400 feet for two more hours, making some 30 circles of the city in all before returning to Washington state and landing at Olympia Regional Airport at 11:59 p.m.

An aircraft previously linked to the U.S. Marshals Service circled over Portland protests for nearly three hours on Saturday night. The federal agency declined to disclose if it belongs to them.https://t.co/GmWZKdgbpe pic.twitter.com/grb56KRYnT

​Subsequent information on the plane’s activity shows it then hopped across the country, arriving in Hagerstown, Maryland, on June 16, before flying south to Atlanta, Georgia, later that day.

The plane is a Cessna 208B Grand Caravan and is registered with Early Detection Alarm Systems, a company exposed by BuzzFeed News in 2017 as a front group for the US Marshals.

According to budget documents submitted by the USMS to the Department of Justice in February, a Cessna Caravan 208B EX sought by the service would be fitted out with “optics, video datalink, tactical communications and electrical power upgrades” sufficient to perform its mission of “specialized airborne surveillance.”

According to the filing, the USMS has eight spy aircraft: two Cessna Caravan 208B EXs, also called Grand Caravans, as well as six smaller Cessna 206s.

“While such large-scale invasions of privacy might be justified in order to protect the public from imminent harm, the decision as to when to conduct bulk surveillance using a technology that intrudes on the privacy of so many innocent people must be made by independent courts and not the government,” the Oregon lawmakers wrote in the letter, addressed to USMS Director Donald W. Washington.

“Oregonians, like Americans everywhere, are justifiably outraged by recent events, including the murder of George Floyd by the police, which have highlighted longstanding problems in our society and government, including systemic racism and police brutality,” the lawmakers wrote.

“Many Oregonians who have protested are justifiably concerned that their participation in these lawful protests will be logged, recorded, and used against them later by the government,” they wrote. “As such, Congress has a responsibility to investigate these reports and make sure that the government’s powerful surveillance tools are under the close supervision of the courts and that Americans’ rights are being protected.”

Portland daily The Willamette Week contacted the USMS on June 15 for comment on the story, but the agency’s short answers provided little illumination.

"Why would we confirm the use of any law enforcement technique?" Marshals Service spokesman Drew Wade told the paper over the phone. "To reveal sensitive information goes against our ability to keep people safe."

In a subsequent statement given by email, Wade expanded his commentary slightly, saying the USMS uses "various investigative techniques" to track and locate “fugitives.”

"These techniques are carried out consistent with federal law, and are subject to court approval," Wade told the paper. "Any investigative techniques which the Marshals Service uses are deployed only in furtherance of ordinary law enforcement operations, such as the apprehension of wanted individuals, and not to conduct domestic surveillance, intelligence-gathering, or any type of bulk data collection."

Sputnik has also reported on law enforcement surveillance aircraft being spotted over other US cities. An FBI Cessna Citation aircraft, specially modified with powerful, long-range cameras capable of recording video footage during the day or night, was spotted circling Washington, DC, during the night of June 1, when police and National Guard soldiers crushed mass protests across the city following orders from US President Donald Trump.

That same night, a National Guard RC-26B surveillance aircraft was also noted to be circling the city.