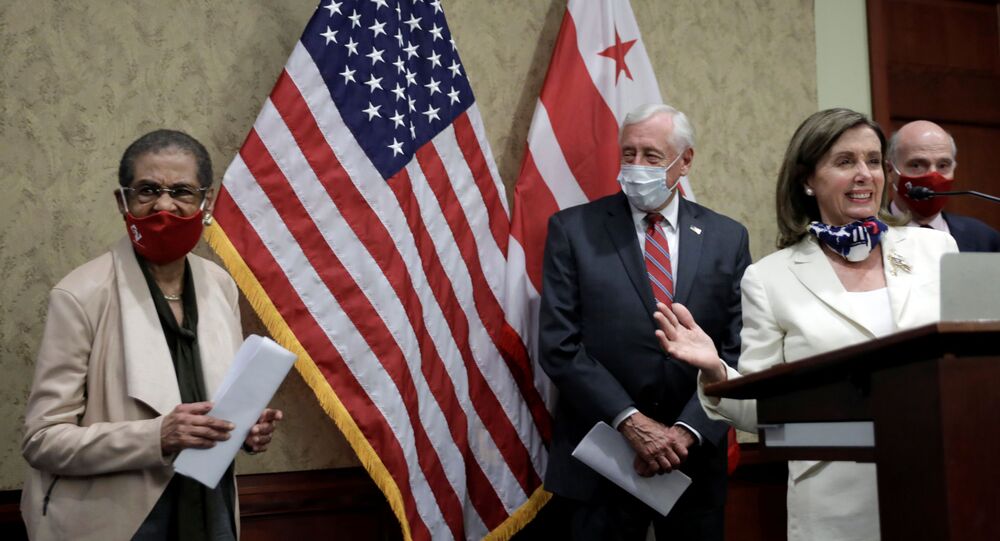 US House of Representatives Votes to Transform Washington, DC into 51st State

From the administrative point of view, Washington currently has the status of the federal District of Columbia that is not part of any state.

The US House of Representatives has voted 232-180 to make Washington DC the 51st US state.

It marked the first time the entire House was allowed to vote on a bill granting DC statehood.

The initiative has been sponsored by congressmen from the US Democratic Party, with House Speaker Nancy Pelosi arguing Washington's "low status" as the federal District of Columbia is a "grave injustice" that needs to be changed.

The bill is most likely to be voted down in the Republican-majority Senate. The White House also said earlier that President Trump will veto the legislation if it is submitted to him.

The president has noted that giving statehood to Washington would result in more Democrats elected. "You mean District of Columbia, a state? Why? So we can have two more Democratic — Democrat senators and five more congressmen? No, thank you. That'll never happen", Trump told the New York Post last month.

Congress has granted the city home rule, allowing it to elect a mayor, city council and making the city responsible for nearly all functions enjoyed by any other jurisdiction, while constitutional objections to DC statehood have yet to be fully tested in US courts.