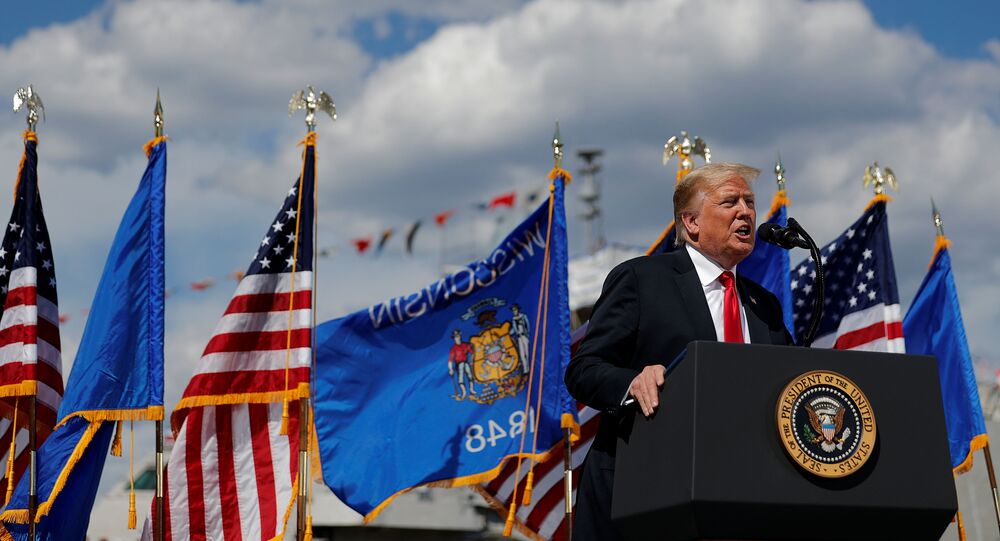 On Wednesday, a Marquette University poll showed presumptive Democratic hopeful Joe Biden coming out ahead of President Donald Trump in Wisconsin, by a margin of 49 percent to 41 percent.

Speaking to workers of a Marinette shipyard in the battleground US state of Wisconsin on Thursday, President Donald Trump touted a federal contract worth up to $5.5 billion which was awarded to the shipyard to build a new US Navy Frigate FFG(X).

“I hear the maneuverability is one of the big factors that you were chosen for the contract. The other is your location in Wisconsin, if you want to know the truth”, Trump said.

He added that the “massive deal” would boost employment in the state by allowing the Fincantieri Marinette Marine company to keep “your 1,500 full-time employees” on staff and hire another 1,000 people “all across the shipyards in Wisconsin”.

POTUS also argued that “an estimated 15,000 additional new jobs will be created through the Wisconsin supply chain” thanks to the hefty contract, in what was followed his changing the figure to 9,000 new jobs without elaborating. The Navy and the White House have not commented on the matter yet.

The whistleblowing website Intercept noted in this regard that Fincantieri Marinette Marine was picked over its rivals in Alabama, Mississippi, and Maine, “three states that are far less important in the electoral college”.

Navy officials announced their frigate award-related decision in April, declining to say why Marinette Marine won and singling out a weeks-long period during which a losing bidder is allowed to contest the move.

The Intercept, in turn, recalled that the firms did not contest the decision during the 30-day period after the bid was accepted, which is when bidders “normally” file a protest with the Government Accountability Office’s Procurement Law Division.

“But there is nothing normal about the commander-in-chief publicly admitting that the government contracting process was corrupted by political considerations”, the website added, in an apparent nod to Trump.

POTUS’ visit to Wisconsin came after opinion polls had him trailing presumptive Democratic nominee and former Vice President Joe Biden in the state. A Marquette University poll released on Wednesday showed that Biden is leading with 49 percent of the vote against the US president’s 41 percent.

During the 2016 presidential election, Trump trailed Democratic presidential hopeful Hillary Clinton in almost every poll conducted in Wisconsin at the time before winning the state by fewer than 23,000 votes.