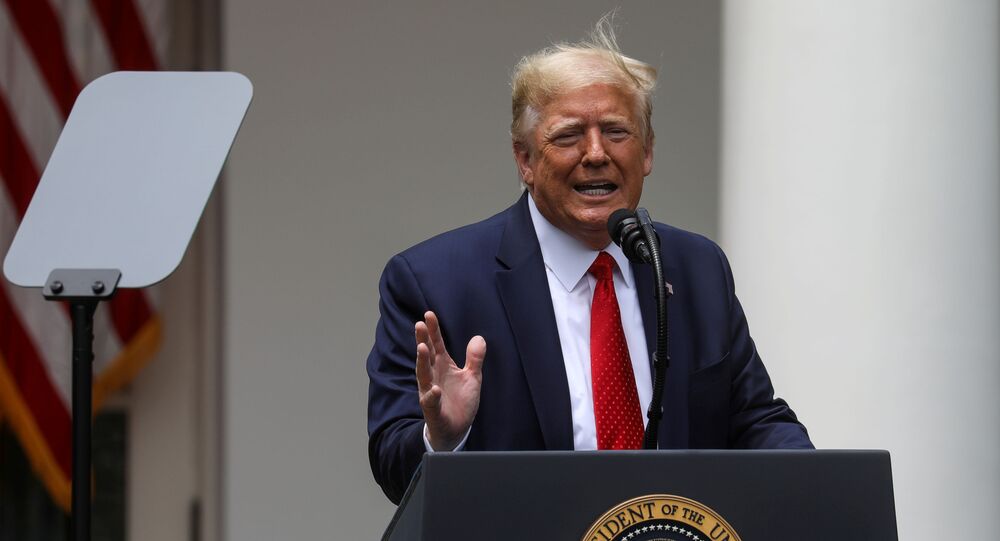 The US president fumed that the whole of “the Mueller scam” shouldn’t have been whatsoever, given that it yielded no results but cost American taxpayers tens of millions of dollars.

President Donald Trump told Fox News host Sean Hannity during a town hall meeting that the "toughest country to deal with" is his own because of Democratic House Speaker Nancy Pelosi, Senate Minority Leader Chuck Schumer, and their treatment of him during the Russia probe.

"They said to me ... friends of mine [asked], 'What's the toughest country to deal with? Who is it? Is it China? Is it Russia? Could it be North Korea?'", Trump noted.

"No, it's the United States of America. The toughest country to deal with, because we have Schumer and Pelosi and people that are bad people that I honestly believe don't love our country".

He further addressed how they handled the Robert Mueller probe, which he calls "this scam, the whole scam", pointing out that former National Security Adviser Michael Flynn was likewise "a piece of it, of the Mueller scam", which, he said, shouldn’t have been there at all, arguing the special counsel should have announced from the very start that "we did nothing wrong".

"In other words, they had evidence in the first few days that there was no collusion with Russia. There was nothing to do with Russia", the president added, stressing that all those years of investigation were superfluous and wasteful.

"They knew that immediately. He didn't have to take two or two and a half years. They knew immediately what they put this country through", POTUS fumed.

Separately, he took a dig at former Attorney General Jeff Sessions, branding him a "disaster" for allowing the time-killing Russia investigation to proceed but assuming he "let it happen unknowingly, because he's not very smart".

He also touched upon the treatment of his former campaign manager Paul Manafort, former associate Roger Stone, and former policy adviser George Papadopulos as well as Flynn during the Russia probe.

Hannity asked Trump if he was "thinking" about a pardon for Stone, who is set to report to prison next week.

"We're going to see. I don't want to get into that", Trump answered. "But I think he was treated very unfairly", POTUS concluded, drawing parallels between Stone and George Floyd rioters: "they're burning down buildings. They're ripping down statues. They're hurting police", Trump said, stressing though they don’t go to jail, whereas Stone could be slapped with a nine-year term.

Referring to the Russia probe in general, which he has repeatedly dubbed a partisan "witch hunt", POTUS recalled a friend of his friend confiding in him that he "has to be the most innocent man in the history of the United States".

"I had 18 angry Democrat geniuses, all smart. Smart as hell. Mueller lost it, but they're all smart as hell", Trump recounted, before dwelling on the sums spent in vain on what he refers to as an absolutely biased investigation:

Former FBI chief Robert Mueller was appointed Special Counsel for the US Department of Justice in 2017 and tasked with investigating alleged Russian interference in the 2016 presidential elections. After nearly two years, Mueller published a report which stated in black and white that he had not found sufficient evidence to prove that Trump's campaign had any ties with Russia to influence the results of the polls.

Trump Compares Situation in Chicago, Several Other US Cities to 'Living in Hell'