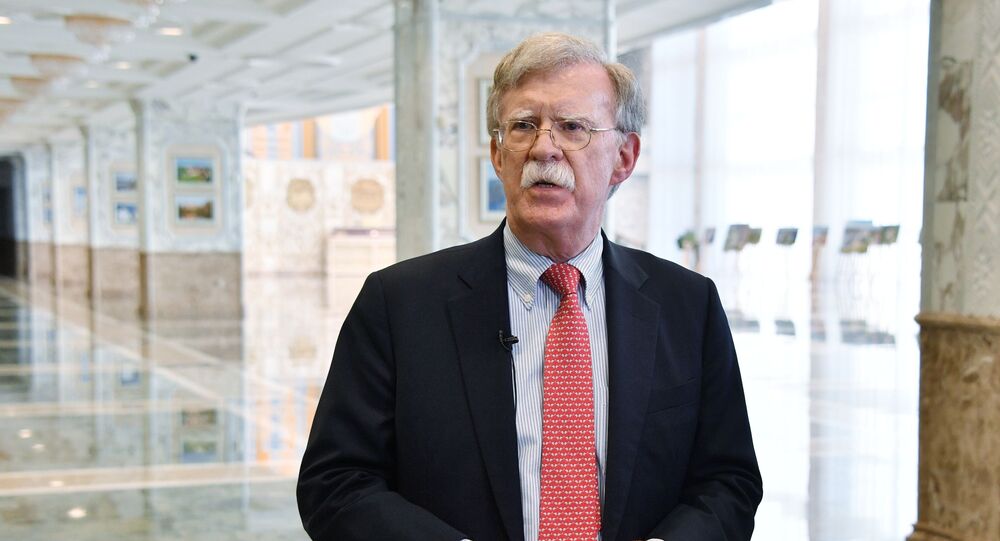 The 23rd of June saw the publication of John Bolton’s book "The Room Where It Happened: A White House Memoir", dubbed by President Trump as nothing but "fake stories" made up by an "disgruntled" fired official.

In an interview with CNN on Wednesday, former White House National Security Adviser John Bolton touched upon a spate of President Donald Trump-related topics, including POTUS’ stance on the COVID-19 pandemic.

Bolton asserted that Trump paid no attention to the beginning of the outbreak because he “did not want to hear bad news about [Chinese President] Xi Jinping, his friend” as well as about “the cover-up of the virus in China, or its potential effect on the China trade deal that he wants so much”.

“And he didn't want to hear about the potential impact of a pandemic on the American economy and its effect on his re-election. Turning a blind eye to all these early signs I think hampered the country's ability to deal with this, and continues to do so”, the ex-national security adviser pointed out.

He also said that he doesn’t have confidence in Trump's handling of the pandemic, voicing concern that “the erratic nature of the policies as they've evolved since January when the experts really began to sense that this problem might be out there has characterised our response throughout”.

“And I'm worried that it continues to be the pattern that the president follows. It's not part of a comprehensive strategy. I think in a country the size of the United States, state and local authorities should have a big role, but at the federal level, the response has not been consistent”, Bolton argued.

POTUS initially described fears over COVID-19 as a "hoax" used by Democrats to try to hurt him politically, also comparing the virus to the seasonal flu and claiming that wearing a face mask affects his perception by others as a leader.

Congressional Democrats have repeatedly accused POTUS of using racist comments to allegedly distract Americans from being held accountable for his “corrupt” policy, with Trump firing back and blaming his attackers for being “racist” themselves.

Bolton’s interview with CNN came a day after the publication of his book titled "The Room Where It Happened: A White House Memoir", which contains Bolton's descriptions of his work in the White House from 2018 to 2019.

The Trump administration sued Bolton to prevent him from publishing the book for containing classified information, but a US court finally allowed the publication of the memoir, slammed by POTUS as "lies and fake stories" made up by an "incompetent" and "disgruntled" fired official.