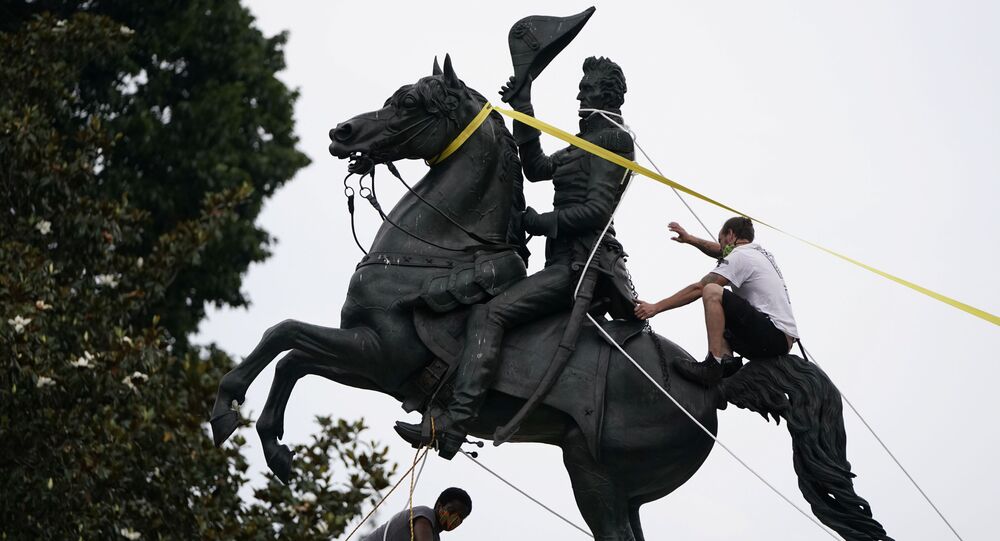 The demonstrations against the arrest of a black man by police in Madison come in the wake of the so-called George Floyd protests, which have been rocking the US for over three weeks now. The rallies have on many occasions turned violent, with participants often vandalising businesses and statues.

Democratic State Senator Tim Carpenter of Milwaukee was taken to hospital after he was assaulted and hit several times in Madison, Wisconsin, which he visited in order to be present for local protests. The demonstrators condemned the arrest of African-American man Devonere Johnson on charges of disorderly conduct while he was armed and resisting arrest.

The senator is not aware why he was assaulted, saying that one minute he was taking a picture, the next he was receiving blows.

"I don't know what happened [...] all I did was stop and take a picture [...] and the next thing I'm getting five-six punches, getting kicked in the head", Carpenter said.

In a Twitter post, the senator later elaborated that he was attacked by a group of between 8 and 10 people, who emerged from a protesting crowd. They punched him in the head, neck, and ribs, and left him with a possible concussion and a black left eye.

I took this pic- it got me assaulted & beat up. Punched/kicked in the head, neck, ribs. Maybe concussion, socked in left eye is little blurry, sore neck & ribs. 8-10 people attacked me. Innocent people are going to get killed. Capitol locked- stuck in office.Stop violence nowPlz! pic.twitter.com/Zw2hdfYG66

However, he was not the only one who suffered that night. The demonstrators also toppled two statues in the city. The toppling of statues of personalities somehow related to slavery or perceived racism became a nationwide trend amid the George Floyd protests in the US, but the "victims" of the Madison protesters were in no way related to either.

The demonstrations in Madison were sparked after Devonere Johnson was detained by police after being filmed walking in and out of a restaurant while armed with a baseball bat and speaking into a megaphone. Johnson attempted to flee from the police officers, but was ultimately tackled and arrested.