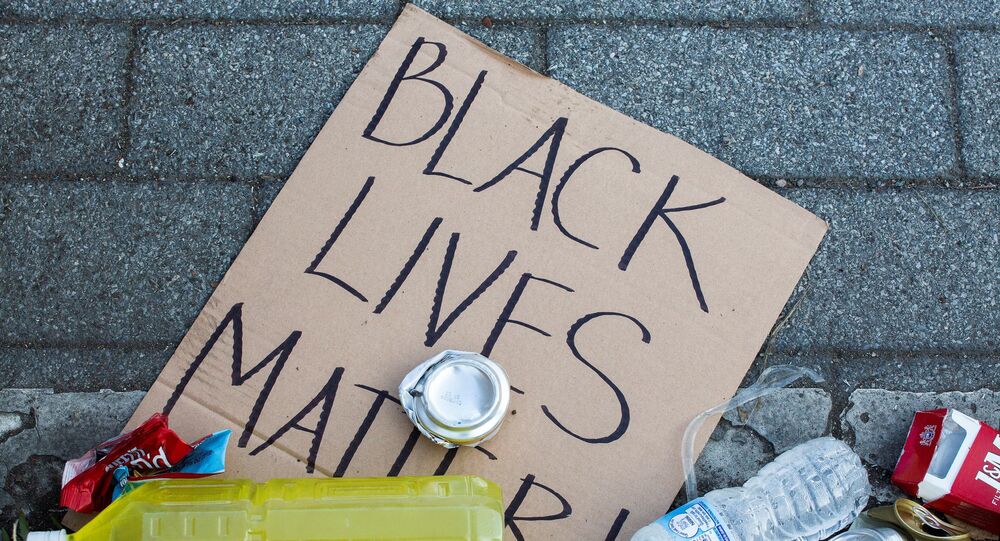 Dozens of monuments of prominent historical figures associated with slavery have been defaced or demolished in the United States and Europe in recent weeks after the resurgence of the Black Lives Matter movement following the in-custody death of African-American man George Floyd.

A statue of Col. Hans Christian Heg, an immigrant from Norway who died struggling for the Union against slavery, has been torn down in Madison, Wisconsin.

According to photos that have been published on Twitter, the statue was decapitated and thrown into a nearby lake.

Protesters just tore down another statue on the other side of the Capitol, Hans Christian Heg. pic.twitter.com/Z7iFNlIswt

The incident follows a wave of protests against racism and police brutality that have swept across the United States and numerous countries around the world after the death of African-American man George Floyd in police custody in Minneapolis on 25 May.

During the demonstrations, a number of statues of slave owners and military leaders, as well as of Western adventurers, kings, and other public figures, have been taken down or defaced by protesters.