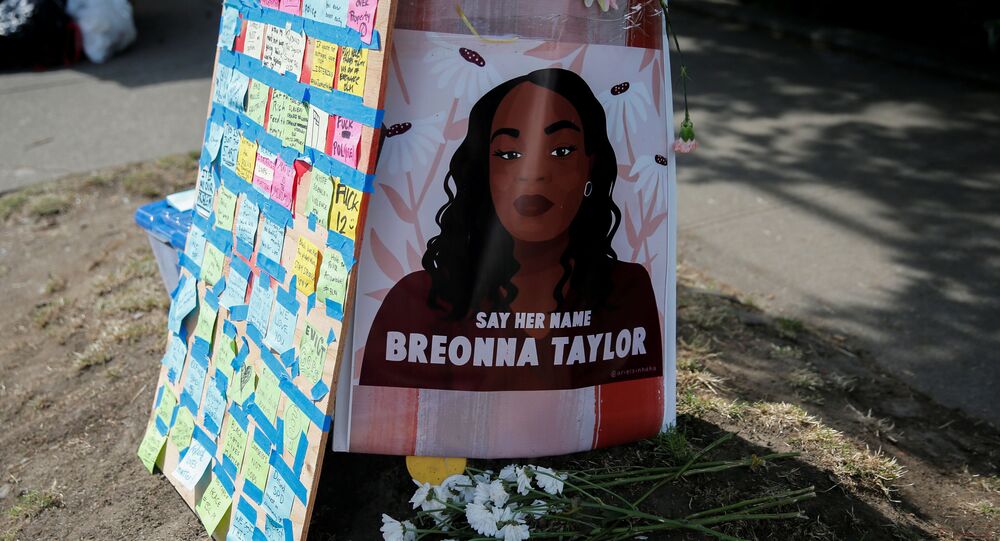 Brett Hankison, one of the police officers involved in the shooting death of Breonna Taylor, has been fired from the Louisville Metro Police Department (LMPD).

According to the termination letter issued by the LMPD, Hankison "displayed an extreme indifference to the value of human life" and "used deadly force by blindly firing 10 rounds into Breonna Taylor's apartment without supporting facts that [his] deadly force was directed at a person against whom posed an immediate threat of danger or serious injury to yourself or others."

​Taylor, an 26-year-old Black emergency room technician, was fatally shot on March 13 by three LMPD officers after they executed a no-knock search warrant and entered her apartment in Louisville, Kentucky.

The officers, Jonathan Mattingly, Brett Hankison and Myles Cosgrove, were investigating two men they believed were selling drugs out of a house near Taylor's home. A judge had also provided a warrant allowing the police to search Taylor's residence because police believed that one of the men involved in the drug selling may have used Taylor's apartment to receive packages, the New York Times reported.

No drugs were found in Taylor's apartment.

​The officers broke down the door and entered the apartment. Gunfire was exchanged between the officers and Taylor's boyfriend, Kenneth Walker, who thought the plainclothes officers were illegal intruders. The LMPD officers fired more than 20 rounds, striking Taylor eight times. While the police claim they knocked on the apartment door and identified themselves as law enforcement, Walker says he and Taylor, who were in bed when the officers arrived, heard no indication that the people outside their residence were police, only a loud banging at the door before it was broken down, the Times reported.

Following nationwide protests against police brutality in recent weeks following the police killing of Black man George Floyd on May 25, protesters have also called for charges against the police officers involved in Taylor's death.

In a June 19 letter to Hankison, LMPD Interim Chief Robert Schroeder wrote: "I find your conduct a shock to the conscience. I am alarmed and stunned you used deadly force in this fashion."

Walker was charged with attempted murder of a police officer following the incident. However, that charge was dropped last month.