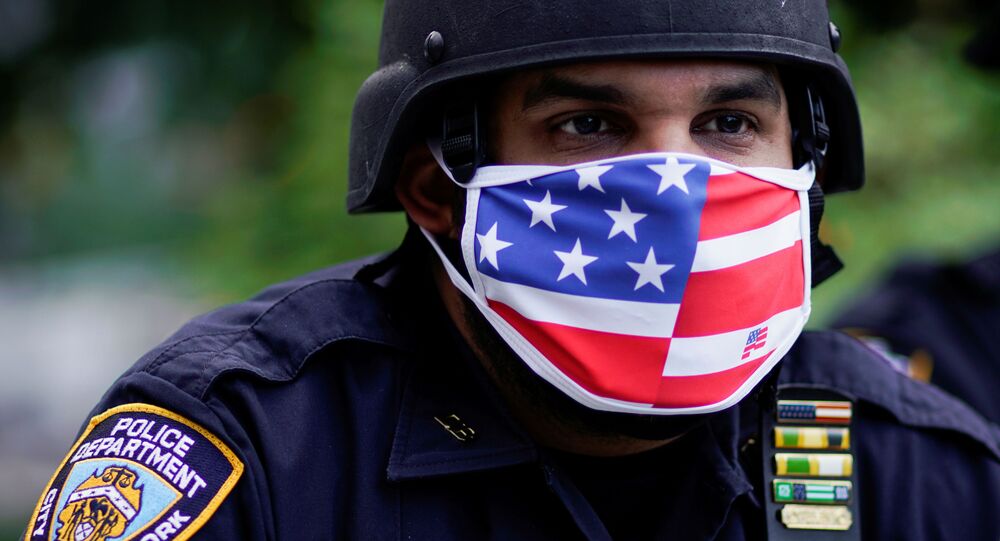 NEW YORK (Sputnik) - Hundreds of supporters of the Blue Lives Matter movement gathered in Port Jefferson Station on Tuesday to show support for law enforcement officers amid protests - and riots - against police brutality that has taken place across the United States.

The demonstrators were holding signs on that read, “We support our police,” “Back the blue” and “Don’t stop the cops.”

Blue Lives Matter supporters have said the movement was created to help law enforcement officers in a critical time of need.

Port Jefferson Station, NY- Hundreds gathered at the corner of Route 112 and Nesconset Highway this afternoon to show support for police officers. pic.twitter.com/TZwAFAFJrj

​Blue Lives Matter emerged in response to the Black Lives Matter movement, which together with Antifa and other far-left groups have organized the protests against police brutality and demanded defunding the police forces and implementing significant policing reforms in the United States.

​The protests erupted a video was posted online of the death of African American man George Floyd in police custody in Minneapolis on May 25.

However, many of the protests turned into riots complete with violence against police as well as civilians and acts of vandalism, arson and looting.