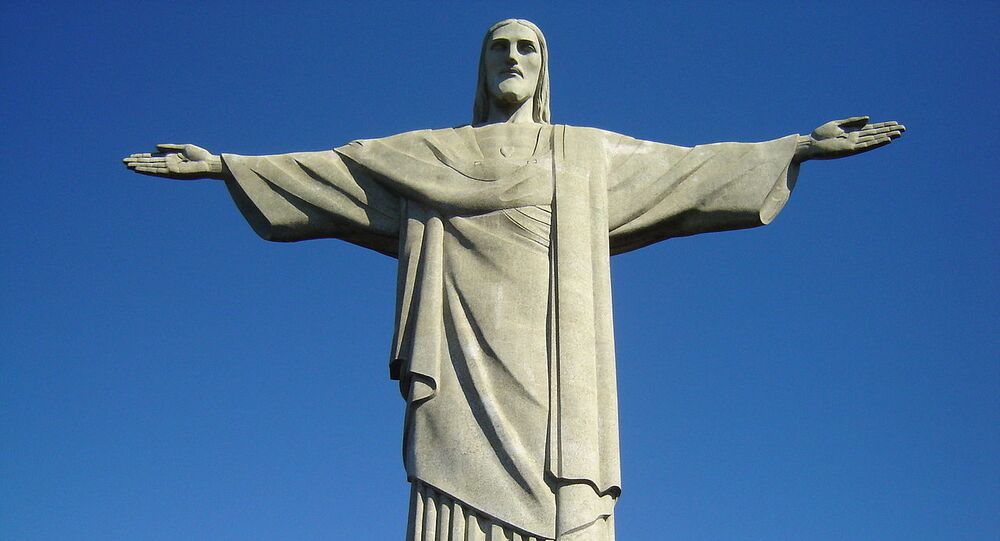 Monuments of historical figures are being increasingly targeted in the United States and elsewhere in the West, but this the first time the self-appointed guardians of racial justice have gone after Jesus Christ.

Prominent Black Lives Matter activist Shaun King has called for the removal of statues of white Jesus as part of a crusade against white supremacy.

“I think the statues of the white European they claim is Jesus should also come down,” King tweeted on Monday. “They are a form of white supremacy. Always have been.”

Yes, I think the statues of the white European they claim is Jesus should also come down.

They are a form of white supremacy.

In the Bible, when the family of Jesus wanted to hide, and blend in, guess where they went?

King elaborated on his demand, saying that it applies to all art such as murals and stained-glass windows depicting a white-skinned Jesus and white Virgin Mary. “Created as tools of oppression. Racist propaganda. They should all come down,” he wrote.

The activist also ranted that “if your religion requires Jesus to be a blonde haired blue eyed Jesus, then your religion is not Christianity, but white supremacy”. He argued that it was “Christian whiteness, not white Christianity”, which has been the primary religion in the United States.

The appearance of Jesus Christ has long been a subject of debate. Jesus has been predominantly depicted in the West as a bearded, fair-skinned man with long hair and a beard – supposedly under the influence of representations of Greek and Roman gods.

This tradition spanned hundreds of years, including medieval murals and pictures of the Italian Renaissance (which, according to King, should “come down” too).

Some contemporary historians suggest that Jesus, as a first-century Judean person, may have actually looked more like a modern-day Palestinian and likely had dark hair, olive skin, and brown eyes.

Experts have long since said this is likely the most accurate depiction of Jesus.

White Americans who bought, sold, traded, raped, and worked Africans to death, for hundreds of years in this country, simply could not have THIS man at the center of their faith. pic.twitter.com/Mn1pOCR233

King also recalled that, according to the Bible, Jesus’s family once fled to Egypt to hide from Herod and “blend in” – which he said was the argument for his non-European looks. Egypt at the time was a Roman colony with strong Greek influences and a large Jewish population, and was only taken over by Arabs some six centuries later.

But whatever the looks, the notion that white Jesus should be cancelled has resonated poorly with many Christians.

“As a black immigrant and a mental health professional I'm not afraid to say that you're a very sick person and you need help,” another person tweeted.

One commenter warned that removing images amounts to extremism. “You know who else tore down images they didn't agree with? The Taliban,” they wrote.

Black Lives Matter protesters in the United States have been defacing and tearing down statues and monuments they believe to be associated with slavery and racism. The statues under attack mainly are those to Confederate figures, although other historical figures including several American presidents have also been revisited. Sympathy protests, often marred by vandalism, took place in other countries, including the UK, France, Belgium, Australia, Sweden, Norway, and Finland.