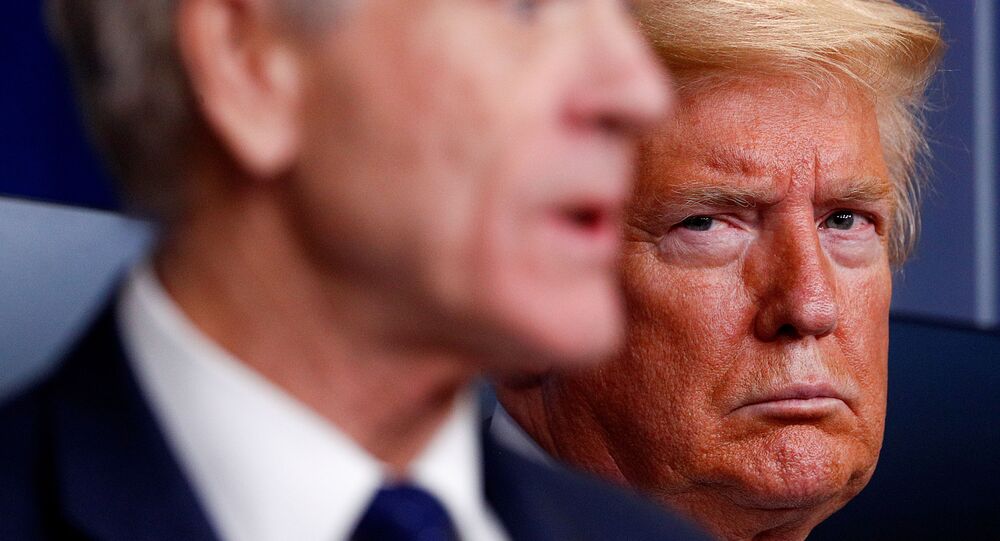 The trade agreement has been hampered by economic challenges due to the novel coronavirus (COVID-19) outbreak in China, with US President Donald Trump putting the blame for the rapid spread of the disease on Beijing.

US President Donald Trump took to Twitter on late Monday to say that the trade agreement between Wahington and Beijing is "fully intact".

The China Trade Deal is fully intact. Hopefully they will continue to live up to the terms of the Agreement!

Earlier in the day, White House trade adviser Peter Navarro said "it's over", when asked about the China trade deal, accusing Beijing of sending "hundreds of thousands of people" to the United States to "spread the virus".

"It's over", Navarro told Fox News on Monday. "Here's the turning point. They came here on 15 January to sign that trade deal, and that was a full two months after they knew the virus was out and about. I think that everybody here inside the perimetre and around this country now understands that China lied, and Americans died", Navarro said.

He later clarified that the phrase "it's over" referred to "the lack of trust" between the two nations, while Phase One remains in place.

"My comments have been taken wildly out of context", Navarro said in a statement. "They had nothing at all to do with the Phase I trade deal, which continues in place".

President Trump said earlier that although the deal is just starting to be implemented, it now means "less" to him than it did before. "It was very exciting, one of the biggest deals ever made. But once the virus came in, I said, 'How did they let that happen?'", the president said.