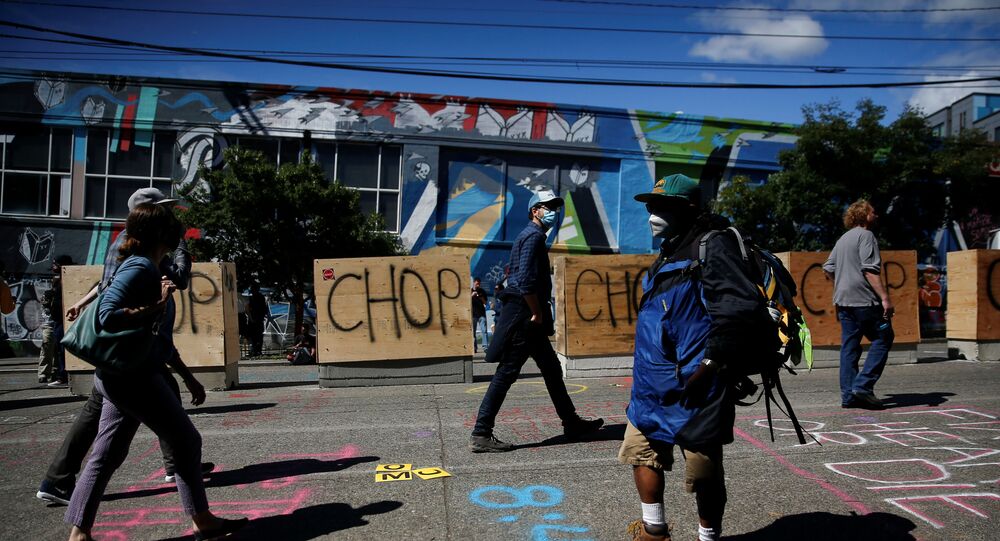 The so-called "Capitol Hill Organised Protest", or "CHOP", was established by protesters in the vicinity of Capitol Hill about two weeks ago, after police retreated from the East Precinct in the area, with Durkan's approval.

"The cumulative impacts of the gatherings and protests and the nighttime atmosphere and violence has led to increasingly difficult circumstances for our businesses and residents", Durkan said at a news conference. "We can still accommodate people who can protest peacefully, who come there and gather. But the impacts on the businesses and residents and community are now too much."

DEVELOPING: Seattle mayor Jenny Durkan says police will be retaking the East Precinct in the CHOP “peacefully and in the near future.” pic.twitter.com/iGGzTkUVK4

She added that the city prefers a negotiated solution to a stand-off, but Seattle police chief Carmen Best said that they will seek greater authority to use force, which has been constrained by a local court's order.

“We don't have a specific date by which I can promise you it's all going to be resolved, but we will continue to work with our community-based partners and the community black-led organisations to let them first make sure they can get in and talk to the people who are there... and call upon them to exercise their protests in a different way and in a different place", Durkan said.

Best added that although most demonstrators who set up tents in the neighborhood have been peaceful, there are also "groups of individuals engaging in shootings, rape, assaults, burglary, arson, and property destruction".

Seattle police have been unable to respond to crime incidents within the "CHOP" for nearly two weeks, as protesters set up armed guards at its perimetre preventing the authorities from entering the zone. The protests have been mostly peaceful, but there have been reports about businesses being asked to pay a "fee" to operate within the CHOP and residents being requested to show IDs to prove they live in the area.

A business owner outside of Seattle's 'CHOP' zone says he called 911 after someone broke into his business, but that no officers responded.

He even says he had to let the suspect go, as gathering protesters were becoming unruly and demanding it. pic.twitter.com/76PfjOER6J

Police said that on Saturday night, when a 17-year old was shot dead and a 33-year old was critically wounded, law-enforcement officers were met with a hostile crowd that prevented them from getting to the victims.

"Because we could not guarantee the safety for the first responders neither the officers, nor medics were able to get there and treat the wounded", Best said.

One of the protest leaders, David Lewis, said that CHOP medics had to transport the wounded to a hospital themselves after municipal first responders refused to enter the area.

When asked if the police were allowed inside, Lewis said that officers did "a perimetre check and we confirmed with them that the shooter was gone". He said that it’s "a community decision" whether to let police on the grounds.

In both cases, the shooters fled. Police and protesters have provided no comments on the circumstances and motives. Best said the investigation is ongoing. Lewis added that he doesn't believe it was a hate crime.

Durkan, who has been a supporter of the protesters in her city, has been heavily criticised by the federal authorities for her handling of the situation. President Donald Trump tweeted that Durkan was probably even "worse" than New York City Mayor Bill de Blasio, who Trump has also slammed for his response to the protests against police brutality, which have sometimes turned violent.