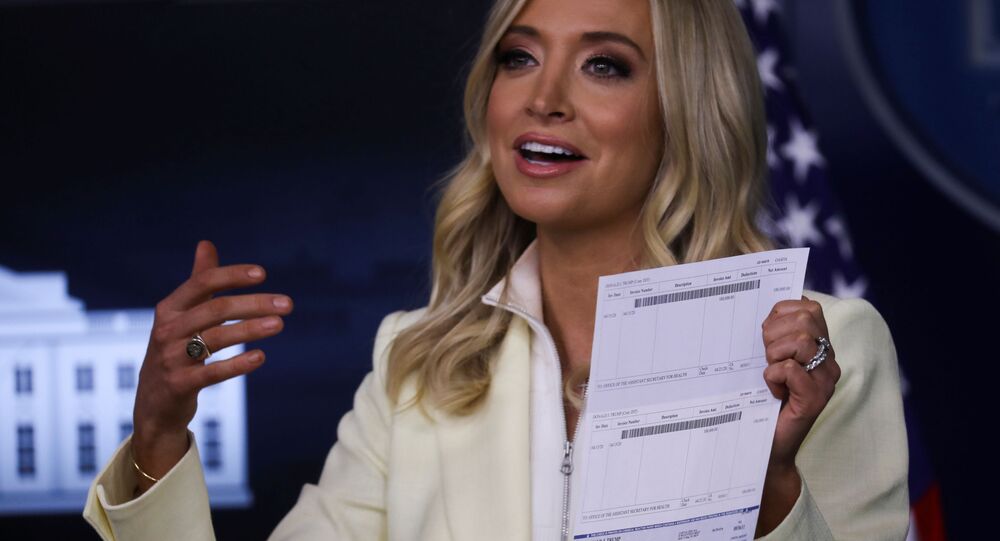 The press briefing comes hours before the funeral of Rayshard Brooks, a 27-year-old African-American who was killed by a white police officer outside a fast-food restaurant about two weeks after another black man, George Floyd, died as a result of police actions in Minneapolis, causing mass demonstrations across the US as well as other countries.

As far as external issues are concerned, in the latest move to oust Venezuelan Presiden, Nicolas Maduro, Washingon has reportedly decided to blacklist 50 tankers in order to prevent them from cooperating with the Latin American country.

At the same time, last week, the US imposed sanctions on Syrian President Bashar Assad and his wife Asma Assad among 39 new Syria designations that fall under the Caesar Act.

US President Donald Trump signed Caesar Syria Civilian Protection Act at the end of 2019. This law took effect on June 1 and includes sanctions affecting almost all areas of the Syrian economy.