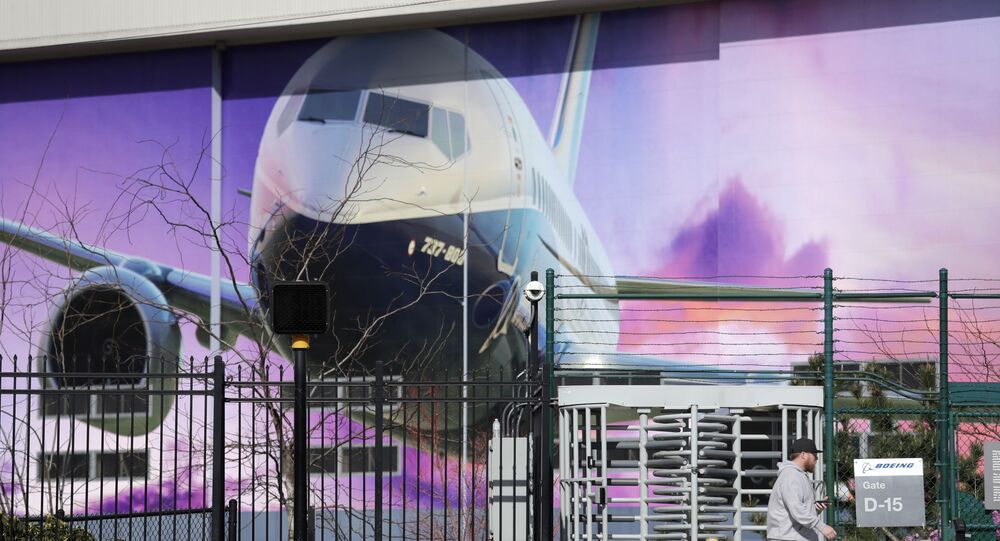 FBI investigators and a US House of Representatives committee reportedly contacted the former employee after his internal ethics complaint was published in local media last year, reports revealed.

The former flight deck engineer involved in designing the 737 Max urged the FAA in a 5 June letter to boost oversight and launch an channel for engineers to voice concerns on safety issues, the Seattle Times reported this weekend.

“The 737 Max’s original certification was accomplished with hand-waving and deception to hide the numerous ways the 1960s-era design of the 737 does not meet current regulatory standards or a modern concept of aviation safety,” Mr Ewbank wrote, adding that Boeing and the FAA had allowed "such reckless disregard of regulations and aviation safety".

The FAA said in a statement it would continue to use a "data-driven, methodical analysis, review and validation" to resolve issues affecting the aircraft's return to service, adding the decision would "rest solely on the agency’s analysis of the data to determine whether Boeing’s proposed software updates and pilot training address the factors".

“As we have stated many times in the past, safety is the driving consideration in this process. This process is not guided by a calendar or schedule,” Mr Dickson said in a statement last week before a tense Senate Committee session.

What Went Wrong in Designing the 737 Max?

According to Mr Ewbank, Boeing made minimum changes to the flight deck of the aircraft from previous iterations to avoid having the plane certified as a new type of aircraft, potentially blocking development of the project and forcing pilots to undergo further flight simulator training.

The "certification tactic" had "severely limited" the plane's human-machine capabilities in its flight control systems, he wrote.

© REUTERS / Lindsey Wasson
New Boeing 737 MAX Software Snafu Adds Fresh Concerns as US Planemaker Hurries to Recertify Plane
Ewbank added that his resignation from Boeing in 2015 came as a protest against the design flaws, stating he had seen "the nightmare of the very accidents I had tried to prevent happen in real life" after returning three years later.

He also urged the FAA to improve the certification process in new technologies as well as creating channels for disclosing ethical concerns on the company.

But Boeing denied the allegations, stating it had never seen the letter, adding: “As you know, Boeing offers its employees a number of channels for raising concerns and complaints and has rigorous processes in place that ensure complaints receive thorough consideration and protect employee confidentiality".

The news comes after a trove of internal correspondences revealed Boeing's attempts to avoid regulatory scrutiny in January, with employees slamming the aircraft as being "designed by clowns who in turn are supervised by monkeys".

The news comes as the US aviation regulator aims to recertify the aircraft to return to flight in July after completing reviews of Boeing's pilot training material and Manoeuvring Characteristics Augmentation System (MCAS) suspected of causing two fatal accidents in Indonesia and Ethiopia, killing 346 people, according to US media in June.

Boeing's flagship aircraft was grounded in March last year following the Ethiopian Airlines crash, resulting in over $19bn loss in revenues for the aerospace firm to date as well as further struggles for carriers ordering the planes.

The MCAS software adjusts the plane's altitude in-flight and was deployed due to engineers fitting larger engines further in the front of the aircraft body. The system is speculated to have caused pilots flying the 737 Max to lose control of their aircraft amid numerous warnings in the cockpit, with the plane crashes killing all on board, it was reported at the time.