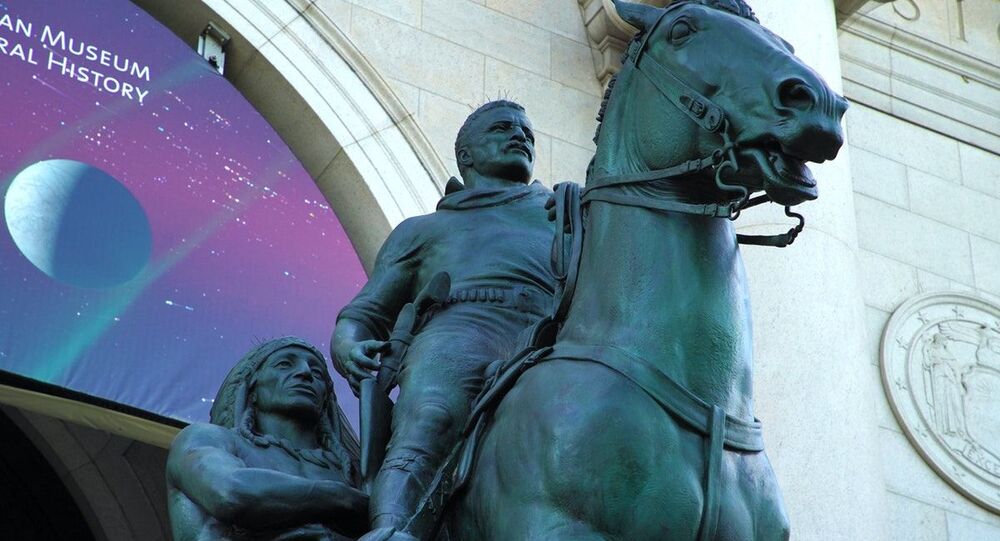 MOSCOW (Sputnik) - The statue of Theodore Roosevelt outside the American Museum of Natural History in New York City will be removed amid protests against racial discrimination in the United States, the museum said in a statement.

"While the Statue is owned by the City, the Museum recognizes the importance of taking a position at this time. We believe that the Statue should no longer remain and have requested that it be moved," the Sunday statement says, referring to the controversial nature of the monument that has a "hierarchical composition that places one figure on horseback and the others walking alongside."

The museum did not specify when the statue will be removed, but stressed that it finds the depiction of a Native American man and an African man next to Roosevelt, who is on horseback, racist.

"Over the last few weeks, our Museum community has been profoundly moved by the ever-widening movement for racial justice that has emerged after the killing of George Floyd. We also have watched as the attention of the world and the country has increasingly turned to statues and monuments as powerful and hurtful symbols of systemic racism," the museum said.

New York Mayor Bill de Blasio said in a Sunday statement that his city supports the museum's request to remove the "problematic" monument.

Theodore Roosevelt served as governor of New York State before becoming the 26th President of the United States. Roosevelt’s father was one of the founders of the American Museum of Natural History in New York City.

Mass protests against police brutality and racial discrimination have been ongoing in the US since the killing of George Floyd, an African-American man, by white police while the former was in custody in the US state of Minnesota on 25 May. Protesters have been damaging historical monuments in the United States and in various cities across the globe, as activists point to the statues appearing to celebrate slavery as the main reason behind their forceful removal.