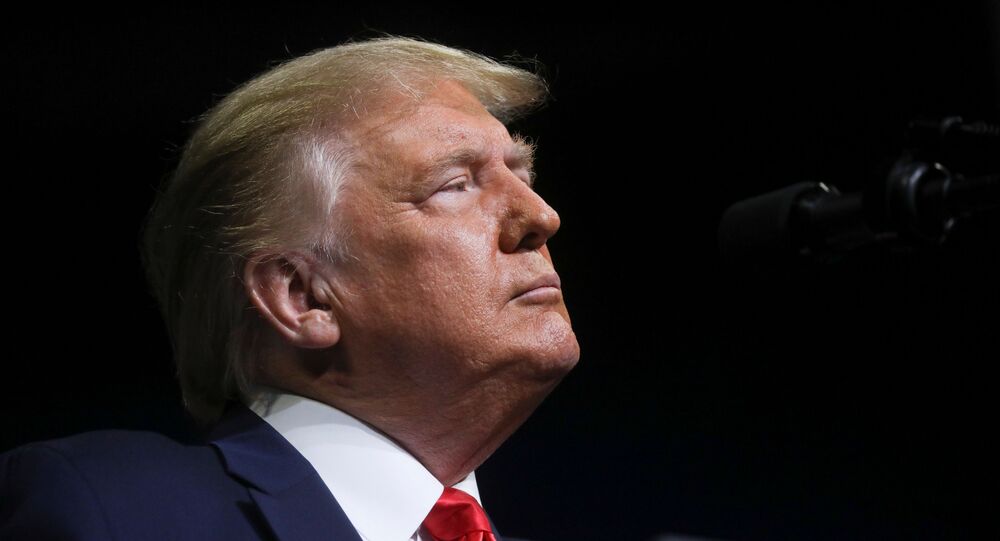 Trump signed the Uyghur Human Rights Policy Act 2020 on 17 June, allowing sanctions to be imposed on any individual or entity accountable by Washington for "abusing human rights" of the Uyghur Muslim minority community living in the Chinese autonomous region of Xinjiang.

In an interview with Axios, US President Donald Trump revealed details on new Xinjiang-related sanctions against China and remarked  that he has had second thoughts on self-proclaimed Venezuelan "interim" president Juan Guaido, weighing the possibility of meeting with Maduro.

In the interview, Trump said that he held back a sanction package against Beijing related to the alleged suppression of the human rights of the Muslim UyghurUyghur people in the autonomous region of Xinjiang so that he could ensure that his trade deal negotiations with China would succeed.

Trump said that he did not want to implement sanctions "in the middle of a major trade deal", as Beijing would be "buying a lot", referring to Chinese trade purchases.

"And when you're in the middle of a negotiation and then all of a sudden you start throwing additional sanctions on — we've done a lot. I put tariffs on China, which are far worse than any sanction you can think of", Trump declared.

According to Axios, Trump postponed sanctioning Chinese officials despite "China hawks" in the Trump administration privately expressing dissatisfaction with the president for not using the Global Magnitsky Act to impose penalties against those considered by the US to be "violating" the human rights of the Uyghur population. The Global Magnitsky act was signed into law by former US President Barack Obama, enabling the United States to sanction those the nation sees as violators of human rights. Trump, however, claimed that "nobody's mentioned it specifically to me with regard to China", offering that he "would study it" if someone provided a reason to do so.

Allegations of human rights violations in Xinjiang have been repeatedly denied by Beijing, and the newly-introduced Uyghur bill was denounced by Communist Party officials as "harming China's interests" and "interfering with China's internal affairs".

When asked by Axios about the possibility of meeting Venezuelan President Nicolas Maduro, Trump said he would consider it, adding that he is "rarely opposed to meetings".

His statement comes after he noted that he "does not have much confidence" in Juan Guaido, who was earlier recognized by his administration as the current 'interim' leader of Venezuela, despite that Nicolas Maduro had been reelected in 2018 to the presidency. Recalling the moment Guaido was supported by the White House, Trump said that he "was okay with it", but noted that he "didn't think it was very meaningful, one way or the other".

Maduro has repeatedly expressed a desire to meet with Trump, but POTUS, in his own words, "turned them down."

Venezuela has been in political turmoil since early 2019, when Western-backed opposition leader Juan Guaido proclaimed himself an "interim president" standing against Maduro, who was supported by Russia, China, Turkey and several other countries. Accusing Maduro of drug trafficking, the Trump administration declared a $15 million reward for his capture and extradition to the US to stand trial.