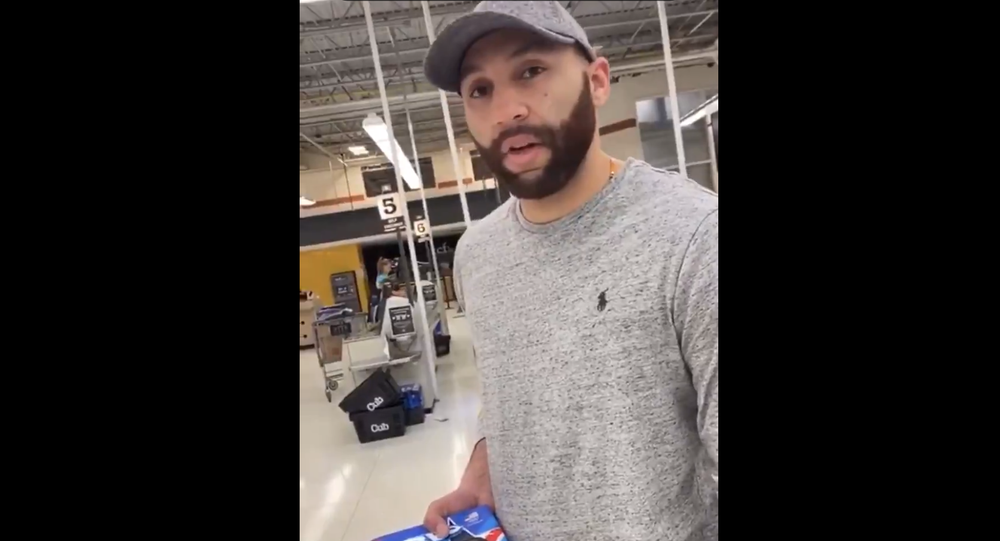 J. Alexander Keung is one of the former police officers charged with the 25 May killing of George Floyd in Minnesota, Minneapolis. Keung was released from jail on a $750,000 bond on Friday.

One of the ex-police officers charged with the murder of George Floyd, J. Alexander Keung, was identified in a grocery shop, as a woman filmed him on the video and denounced him for being let out of jail, wondered aloud who put up the cash for his bail and asking if he felt any "remorse about what he did".

She went on to slam him for "comfortably shopping as if he didn't do anything". At first, Keung tried to respond that he was "sorry that you feel that way", only to be shamed again by the woman who suggested that he "was not sorry".

Keung headed to the exit, saying that he will "get his stuff paid for". The woman said in return: "No we don’t want you to get your stuff, we want you to be locked up".

“Did you think that people weren’t going to recognise you? You killed somebody in cold blood. You don’t have the right to be here", she stated.

look who my sister caught at Cub Foods in Plymouth. J. Alexander Keung, one of the officers who lynched #GeorgeFloyd in cold blood. pic.twitter.com/PVX4pFijab

​The 25 May killing of an African-American man, George Floyd, by white police officers including Derek Chauvin, who knelt on Floyd's neck for eight minutes and 46 seconds, while ignoring him begging for air to breathe, resulted in global condemnation. Chauvin's counterparts, Tou Thao, Thomas Lane and Kueng, who stood idly by while Floyd was dying, are charged with aiding and abetting a second-degree murder.

The incident sparked a wave of anti-police-brutality and anti-racism protests across all 50 states in the US as well as in most urban areas of the nation and in many cities worldwide. The Black Lives Matter movement has consistently called for "justice for George Floyd" and for police to cease using militarized brutality, particularly against Black Americans.