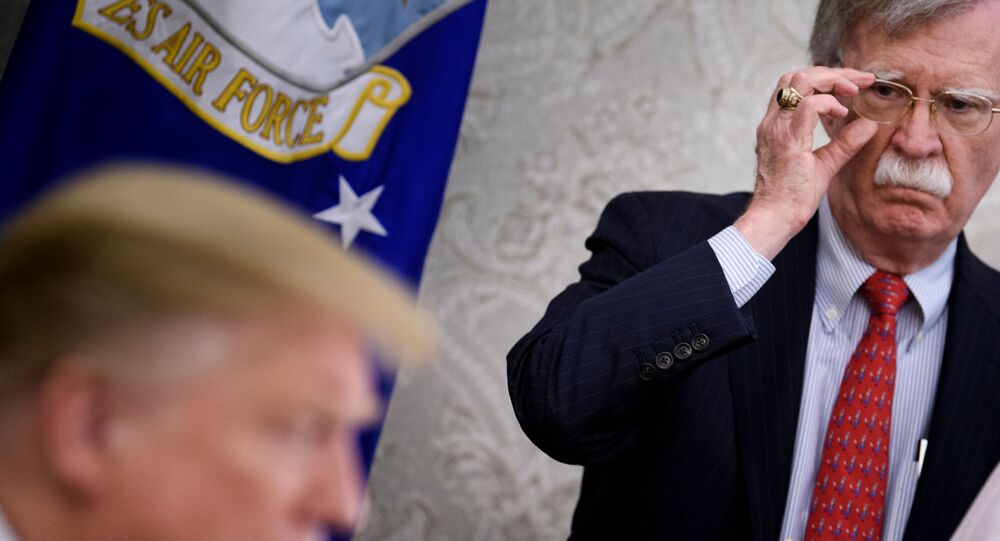 John Bolton, Donald Trump’s hawkish former national security advisor, is set to release a damning memoir about his White House stint. It is widely believed that he was ousted after sparring with the president over US policy on Iran.

“When we hear that the president doesn't have principles [and] he’s not qualified to lead, this incident that Bolton puts forward as the turning point for his relationship with President Trump,” Fleitz told Fox News’ Martha MacCallum on Thursday. “In my mind, it disproves the whole book.”

The United States and Iran were on the brink of war last summer after a US drone was shot down after allegedly violating Iranian airspace. Donald Trump reportedly approved a retaliatory strike in June 2019 but abruptly backed away.

He said he had made the call with 10 minutes to spare after being told that it might kill as many as 150 people. The decision has also been attributed to his broader unwillingness to entangle the United States in another protracted military conflict.

John Bolton, one of the key architects of the 2003 invasion of Iraq and Donald Trump’s hardline Iran policy, quit the administration in September 2019. He was said to have had disagreed with the president on many foreign policy matters, and media reports at the time linked Bolton’s dismissal to him going against the planned easing of Iran sanctions.

“The job of these senior advisers is to work with the president, not to fight with them and implement his policies,” Fleitz said. “And I’m very sorry that John Bolton couldn't figure out how to do that.”

Bolton has kept a low profile since his departure. He refused to testify during Trump’s impeachment inquiry in the House and indicated he would speak at the Senate trial, but Republicans voted against bringing in witnesses.

He is scheduled to publish a memoir next week, titled The Room Where It Happened. According to excerpts published in the US, the book contains several damning allegations against the president, including one that he asked China’s Xi Jinping to buy US agricultural goods to help him get re-elected this year, and another that he defended the Saudi crown prince after Jamal Khashoggi’s murder to distract from his daughter’s email scandal.

This week, the Trump administration sued Bolton, alleging unlawful disclosure of classified information and breach of contract, in a bid to prevent him from publishing the book.