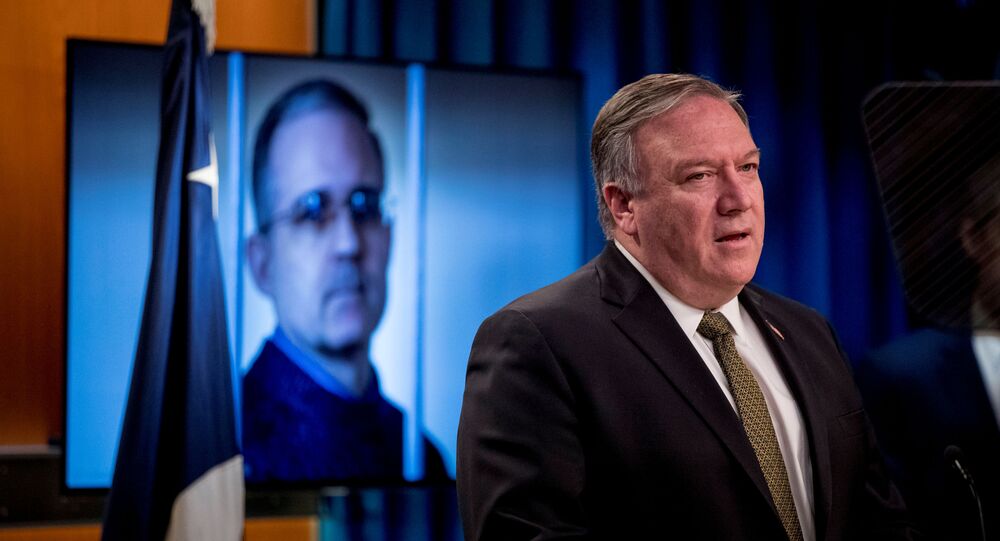 Pompeo Slams China For 'Forcing Choice Between Freedom and Tyranny'

For almost half a year a number of US officials has been producing series of accusations against China, including not only blames for 'disinformation campaigns', but also for mistreating COVID-19 pandemic, attempting to threat US national security and influence other countries.

US Secretary of State Mike Pompeo said on Friday that China is influencing the world via a vast cyber disinformation campaign and economic leverage, seeding "fear" in Europe and "forcing choice" between Beijing and Washington. Following the blame set by the White House, Pompeo, a Trump appointee, suggested that the choice is exclusively fueled by the Chinese Communist Party, and is "between freedom and tyranny".

"It’s the Chinese Communist Party that’s forcing this choice. The choice isn’t between the United States; it’s between freedom and tyranny", Pompeo said during a virtual conference at the 2020 Copenhagen Democracy Summit.

The state secretary brought up practically everything from a recent list of matters that China has been accused of: Hong Kong legislation, repression against the Uyghur Muslim minority in Xinjiang, and a recent escalation of military tension on the Chinese-Indian border. Then Pompeo appeared to remember accusations against Beijing he had voiced earlier, from downplaying the COVID-19 pandemic to "malicious cyber campaigns".

"It [Chinese Communist Party] lied about the coronavirus, and then let it spread to the rest of the world while pressuring the World Health Organization to assist in a coverup campaign – by the way, a failure of transparency that continues even today...[] It’s pushing disinformation and malicious cyber campaigns to undermine our governments to drive a wedge between the United States and Europe, and is saddling developing nations with debt and dependency", Pompeo said.

He stated that Beijing has to play by Western rules if it wants to "rise".

"I hope that the Chinese Communist Party will begin to recognize that if they want to rise, if they want to continue to build out their nation, that they need to do so on a Western rule set, a rule set that honors the rule of law and honors freedom and respect for sovereignty", he remarked.

China has repeatedly denied the many accusations, considering them politicized and false, insisting that the country is sticking to international law and exercising transparency in working with coronavirus pandemic data.

Pompeo's remarks come as US President Donald Trump pushes on with the possibility of a "complete decoupling" from China's economy, despite experts and lawmakers such as Trade Representative Robert Lighthizer saying that it is not a realistic option.

Responding to that, Chinese Foreign Ministry Spokesperson Zhao Lijian took note that the intention was "unrealistic" and would not solve "problems in the United States".

Pompeo Says If China Wants to Rise, It Should Do So Based on ‘Western Rules Set’

'I Was in the Room Too': Pompeo Calls Bolton 'Traitor', Refutes Upcoming Book's Claims