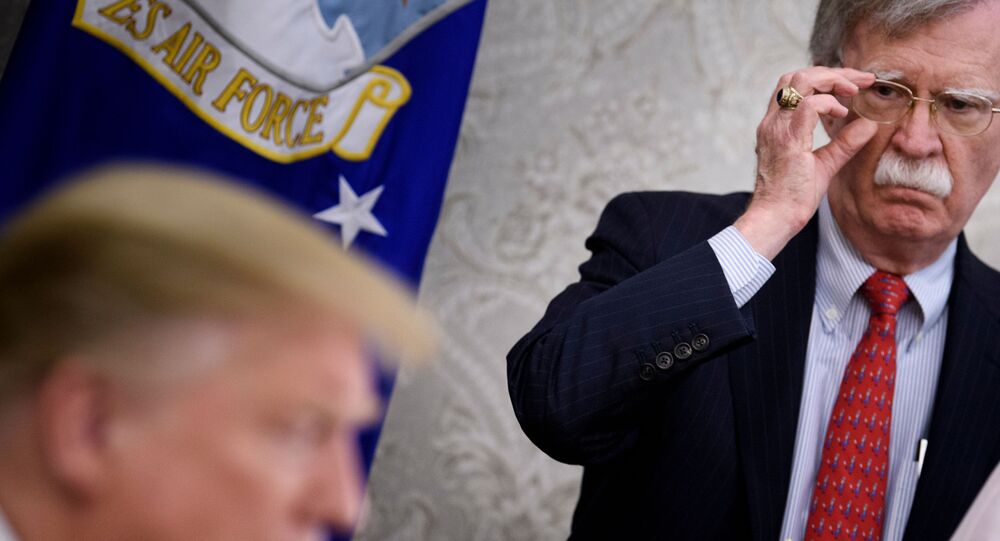 In a conversation last year, US President Donald Trump allegedly said that he did not care whether Daesh militants made a return to Iraq, according to claims made in former national security adviser John Bolton’s new book “The Room Where It Happened.”

In the memoir, which is due to hit stores on June 23, Bolton recounts a conversation with Trump in May 2019 in which he discussed the US military presence in Iraq, according to the Washington Examiner.

"Why don't we take them [US troops] out? In Syria, we got rid of ISIS," the president allegedly said in the discussion.

Bolton writes in his book: “What I heard next was shocking, but I distinctly remember hearing him say, 'I don't care if ISIS comes back into Iraq.'"

The militant organization, also known as Daesh, lost the last of its territory in Iraq in December 2017 after more than three years of war in the country, according to the Associated Press.

Trump has expressed a desire to bring US troops home from the Middle East throughout his presidency. In October 2019, Trump ordered a withdrawal of all troops from northern Syria. After the US signed a peace deal with the Taliban at the end of February 2020, the president also announced that US forces would begin withdrawing from Afghanistan.

However, Trump has insisted that American troops stay in Iraq, reiterating his position after the killing of Iranian Maj. Gen. Qasem Soleimani in a US airstrike near Baghdad International Airport in early January.

Following Soleimani’s assassination, Trump declared that withdrawing the estimated 5,000 US troops stationed in the country would be the “worst thing to happen to Iraq,” the Washington Post reported.

“At some point, we want to get out. But this isn’t the right point,” Trump added.

This is not the only anecdote from Bolton’s book to make headlines recently. A passage in the book alleges that Trump told Chinese President Xi Jinping during a June 2019 G20 summit dinner that his chances of reelection could be improved if Beijing increased its agricultural purchases from American farmers.

Trump has refuted the claims made in Bolton’s book and even went so far as to call the former adviser a “sick puppy” on Thursday.

“Bolton’s book, which is getting terrible reviews, is a compilation of lies and made up stories, all intended to make me look bad. Many of the ridiculous statements he attributes to me were never made, pure fiction. Just trying to get even for firing him like the sick puppy he is!” Trump tweeted.

Bolton Book Bombshells: Might Be Lies, But Should The White House Really Shut It Down?