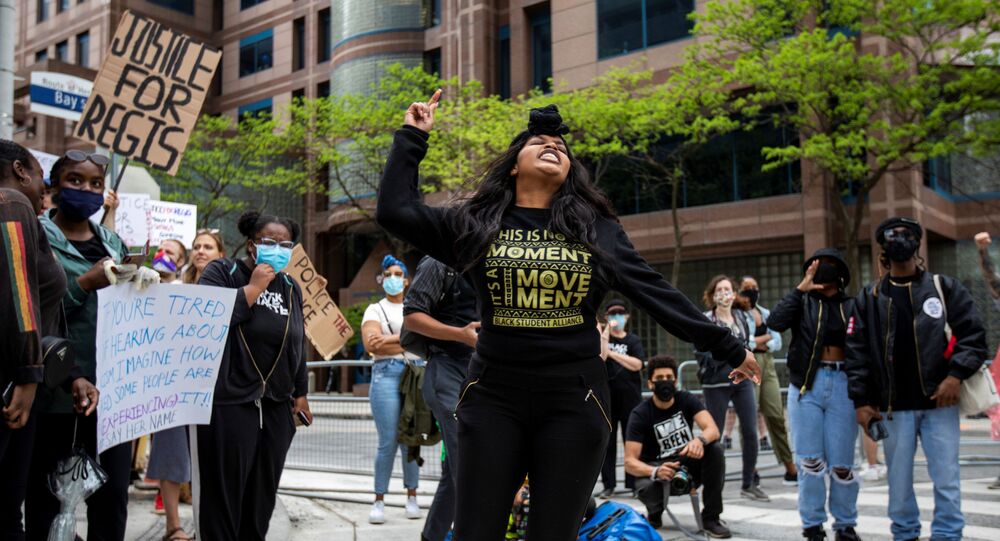 Officer Involved in Death of Black Woman in US State of Kentucky Terminated, Mayor Says

WASHINGTON (Sputnik) - One of the three officers involved in the shooting death of an unarmed black woman in the US state of Kentucky will be terminated, Louisville Mayor Greg Fischer said in a statement on Friday.

"Today, I'm announcing that Louisville Metro Police Department Chief [Rob] Schroeder is initiating termination procedures against Officer Brett Hankison", Fischer said via Twitter. "Unfortunately, due to a provision in state law that I very much would like to see changed, both the Chief and I are precluded from talking about what brought us to this moment, or even the timing of this decision".

​Earlier this week, US President Donald Trump signed a police reform order that calls for a national database to share information on incidents of brutality, a ban on chokeholds, and officer training, among other guidance.

© REUTERS / Tom Brenner
Dems Propose Banning Chokeholds, No-Knock Entries for US Police Over Killings of African-Americans
On 13 March, Breonna Taylor, was shot dead by police in her home as officers entered to execute a search warrant targeting her former boyfriend.

The death of Taylor, George Floyd in Minneapolis, and other African Americans served as a catalyst for protests against police brutality throughout the United States as well as the world. However, many protests turned into riots complete with violence against police and civilians as well as acts of vandalism, arson and looting.

The incidents have also amplified calls by activists across the United States for the defunding of police departments and redirecting funds to other areas to help communities, such as education and housing.