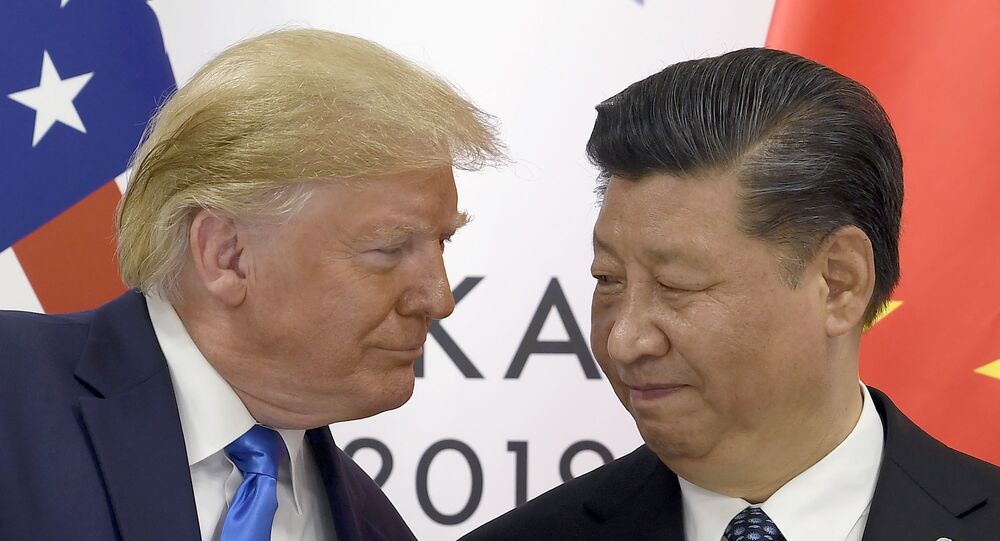 The news comes days after lawyers for one of Washington's former top officials filed a court motion to block a Department of Justice lawsuit over his new book, which the latter claimed would compromise national security with highly classified information, Business Insider reported on Thursday.

US president Donald Trump allegedly used Huawei Technologies as a bargaining chip for re-election in 2020, former national security advisor John Bolton wrote in his new book, according to the BI report.

The former security chief wrote that President Trump had exploited perceived security threats from Chinese firms, including Huawei, ZTE and others to boost his standing in future negotiations in his ongoing US trade war on China.

Numerous US officials, including Commerce Secretary Wilbur Ross "repeatedly pushed to strictly enforce US regulations and criminal laws against fraudulent conduct, including both firms' flouting of US sanctions against Iran and other rogue states," Bolton wrote in an excerpt from his book 'The Room Where It Happened: A White House Memoir'.

© Sputnik
Bolton Book Bombshells: Might Be Lies, But Should The White House Really Shut It Down?
Trump would use the trade ban and other measures as bargaining tools with Chinese president Xi Jinping, he said.

"Trump, by contrast, saw this not as a policy issue to be resolved but as an opportunity to make personal gestures to Xi Jinping [...] In 2019, he offered to reverse criminal prosecution against Huawei if it would help in the trade deal—which, of course, was primarily about getting Trump reelected in 2020," he added.

According to the former White House aide, Trump also pleaded with the Chinese president to buy US agricultural goods to boost his status in the upcoming 2020 elections.

Citing a meeting at the June 2019 G20 summit in Japan, where President Xi addressed anti-Chinese sentiment in the US, Bolton wrote: “Trump immediately assumed Xi meant the Democrats. Trump said approvingly that there was great hostility among the Democrats."

“He then, stunningly, turned the conversation to the coming U.S. presidential election, alluding to China’s economic capability to affect the ongoing campaigns, pleading with Xi to ensure he’d win. He stressed the importance of farmers, and increased Chinese purchases of soybeans and wheat in the electoral outcome. I would print Trump’s exact words but the government’s prepublication review process has decided otherwise,” Bolton claims in his book.

But US secretary of state, Mike Pompeo, lashed out on Twitter, accusing the official of "spreading a number of lies, fully-spun half-truths, and outright falsehoods".

"It is both sad and dangerous that John Bolton’s final public role is that of a traitor who damaged America by violating his sacred trust with its people," Pompeo tweeted at the time.

The comments come a month after the Trump administration extended a trade ban on Chinese companies, including Huawei and ZTE, citing national security concerns, without citing evidence. Washington has routinely accused Chinese tech companies of spying for Beijing, which both the latter and Huawei have sharply and repeatedly slammed as false.

The US has not submitted evidence or official reports on its cybersecurity concerns, a Huawei official told Sputnik.

'I Was in the Room Too': Pompeo Calls Bolton 'Traitor', Refutes Upcoming Book's Claims