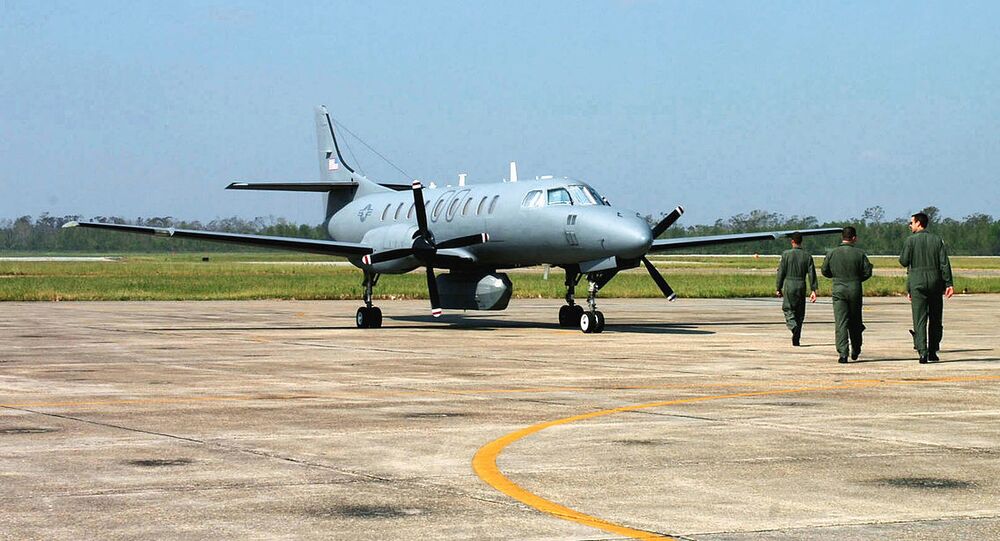 Last week, US Under Secretary of Defence for Intelligence and Security Joseph Kernan said that the country’s intelligence agencies did not spy on any protesters during mass unrest sparked by the 25 May death of black American George Floyd at the hands of a white policeman in Minnesota.

The New York Times on Thursday reported that the US Air Force (USAF)’s inspector general Lt. Gen. Sami D. Said had opened a probe into the American military using a reconnaissance aircraft during the George Floyd protests in Washington, DC and Minneapolis earlier in June.

"Following discussions with the secretary of defence about shared concerns, the secretary of the Air Force is conducting an investigation into the use of Air National Guard RC-26 aircraft to support civil authorities during recent protest activity in US cities", USAF spokesman Brig. Gen. Patrick Ryder told the newspaper.

According to The New York Times, the probe apparently came after US lawmakers voiced concerns to Department of Defence officials that the use of the military surveillance plane "may have violated the civil liberties of the mostly peaceful protesters demonstrating against the police killings of African Americans".

The newspaper also reported that National Guard officials told commanders on 2 June that the West Virginia Air National Guard had sent an RC-26 aircraft with "FMV [full-motion video] capabilities" to monitor the protests, including those that took place near the Chinatown area of Washington.

The New York Times cited an unnamed military source as saying that senior National Guard officials could watch the footage recorded from the RC-26 on their cellphones in real time.

The newspaper also referred to Adam Kinzinger, an Illinois Republican who is also an RC-26 pilot in the Wisconsin Air National Guard. He told The Times that he flew a pair of night missions earlier this month in Minneapolis in support of local law enforcement, but that no intel information had been obtained during the flights.

"We don’t gather human intelligence on what the protesters are doing. We don’t collect cellphone data. We don’t harvest or analyse any data. We don’t do any of that", Kinzinger pointed out.

The New York Times report comes after Joseph Kernan, US Under Secretary of Defence for Intelligence and Security said in a letter to the House Intelligence Committee last week that he hadn’t received orders from the Trump administration to conduct surveillance of the protests, also underlining citizens’ constitutional right to protest peacefully.

Mass demonstrations across the United States against police brutality and racism erupted on 25 May, after George Floyd, an unarmed 46-year-old African American man, died in police custody in the US city of Minneapolis.

Some protests have turned into violent riots that include arson and widespread looting. The demonstrations broke out after a video surfaced showing white police officer Derek Chauvin kneeling on Floyd's neck for more than eight minutes before the detainee became unresponsive.