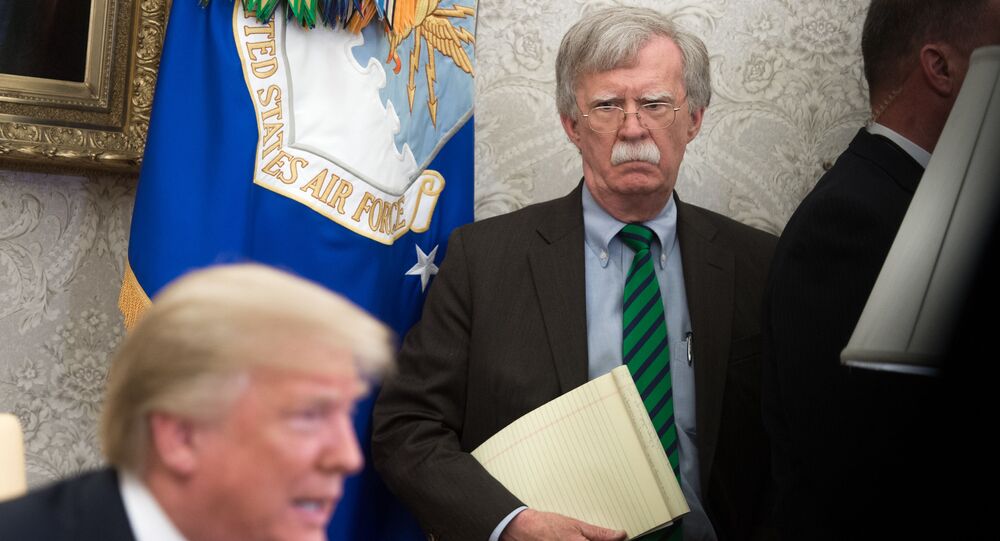 As the Trump administration rushes to block publication of former national security adviser John Bolton’s tell-all book on the White House, the problem remains that journalists across the country have still received advance copies of the text and seen things US President Donald Trump wants to prevent the public from knowing.

The historian and author explained that “according to an unredacted passage shown to Vanity Fair by a source, Trump’s ask is even more crudely shocking when you read Trump’s specific language. ‘Make sure I win,’ Trump allegedly told Xi during a dinner at the G20 conference in Osaka, Japan last summer. ‘I will probably win anyway, so don’t hurt my farms. … Buy a lot of soybeans and wheat and make sure we win.'”

According to Bolton, at the Osaka G20 summit in June 2019, Trump urged Chinese President Xi Jinping to buy more US farm products in order to boost Trump’s reputation with his political base and help him win reelection in November 2020.

Like the many other tell-all books written by former Trump administration members about the chaotic and surreal inner workings of the White House under the 45th president, Bolton’s book “The Room Where it Happened” exposes a bevy of embarrassing flaps, faux pas and frankly honest statements by the president, as well as his staff’s increasing frustration with the real estate mogul-turned-head of state.

On Monday, the Department of Justice filed a new lawsuit attempting to block Bolton’s book from hitting shelves next Tuesday, arguing it still contains classified information.

Bolton himself notes in the text the considerable restraint he was obliged to show in order to get the book on store shelves: “I would print Trump’s exact words but the government’s prepublication review process has decided otherwise,” he writes in the text.

The National Security Council blasted its former member back in January, when select contents from the book pertaining to the Ukraine scandal, for which Trump had been impeached and was about to be tried in the Senate, were conveniently leaked to the media.

Trump lambasted his former adviser on Thursday, writing on Twitter that Bolton was fired because he is a “sick puppy” and that the book is “a compilation of lies and made up stories, all intended to make me look bad.”

Trump Was Unaware UK Has Nukes, Focused Only on Russian Arsenal, Bolton Reportedly Claims in Memoir