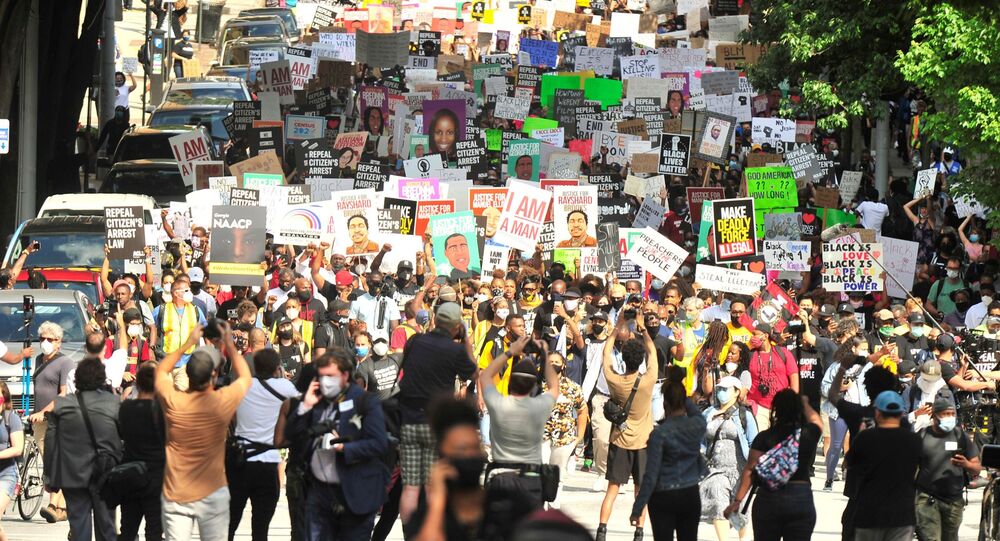 The killing of African American man George Floyd at the hands of Minneapolis police in late May sparked a wave of protests against police brutality and institutionalised racism, which spread to all 50 states and numerous countries worldwide.

The Judiciary Committee of the US House of Representatives said it has passed the George Floyd Justice in Policing Act which seeks to increase police accountability and eradicate racial violence in law enforcement bodies.

The discussions of new police legislation come amid nationwide protests over two police-related killings of African Americans. On 25 May, George Floyd died after a Minneapolis officer knelt on his neck for nearly nine minutes. On Saturday, an African American in Atlanta was shot after scuffling with two police officers near a Wendy's fast-food restaurant.