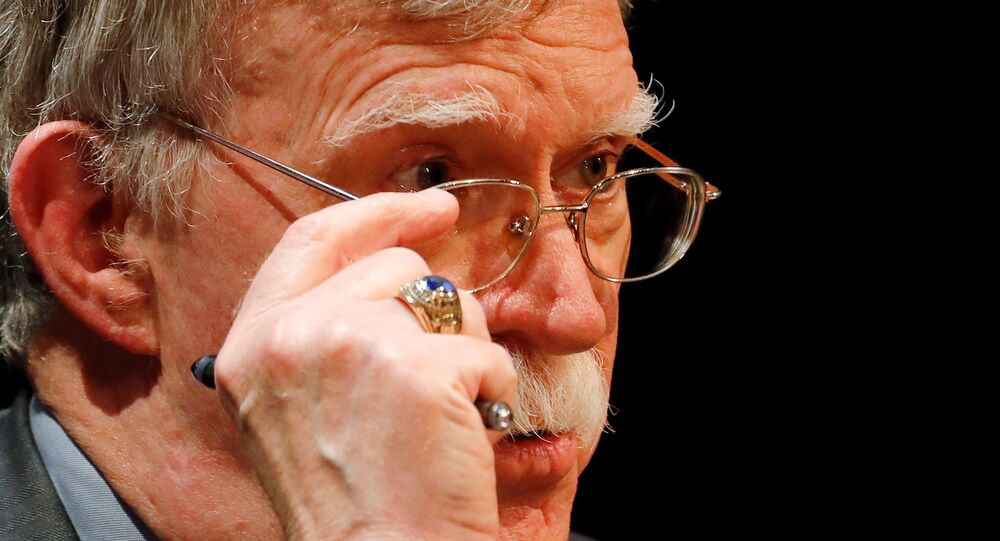 John Bolton is expected to share his revelations from inside the White House in the upcoming book, "The Room Where It Happened", after having been picked by Trump to be his National Security Adviser.

As his tell-all book, that has caused a federal lawsuit, is about to come out, John Bolton gave an exclusive interview to ABC's Martha Raddatz that will be aired on Sunday. In a sneak peek, the former national security adviser - hand picked by Trump - shares his opinion on the relationship between Russian President Vladimir Putin and Donald Trump.

He said that he thinks Putin can "play him [Donald Trump] like a fiddle", going on to note that Russian president "sees that he is not faced with a serious adversary". Bolton also called Putin "smart" and "tough", outlining that Trump does not enjoy understanding international security issues, which puts America in "a very difficult position" against the Russian leader.

“Dealing with arms limitation treaties on strategic weapons, dealing in many, many other international security issues, are things far removed from his [Donald Trump's] life experience,” said Bolton.

.@MarthaRaddatz: “How would you describe Trump's relationship with Vladimir Putin?”

John Bolton: “I think Putin thinks he can play him like a fiddle.”

Watch more from the exclusive interview this Sunday at 9|8c on ABC. pic.twitter.com/VALmx3Z0f0

​In another ABC teaser, Bolton, when asked "Is the President lying?", answers "Yes, he is, and it's not the first time either". It is unclear from the video which lies the host is referring to.

​Bolton's book "The Room Where It Happened" is set to be released next Tuesday and is a tell-all on POTUS' foreign policy decision-making, which apparently annoyed Trump, who expressed hopes that Bolton would have criminal problems if he goes on with the publication. Shortly after the president's statement, US Department of Justice filed a lawsuit to block the book from release, claiming that it contains "classified information", a claim that Bolton's representatives have disproved.