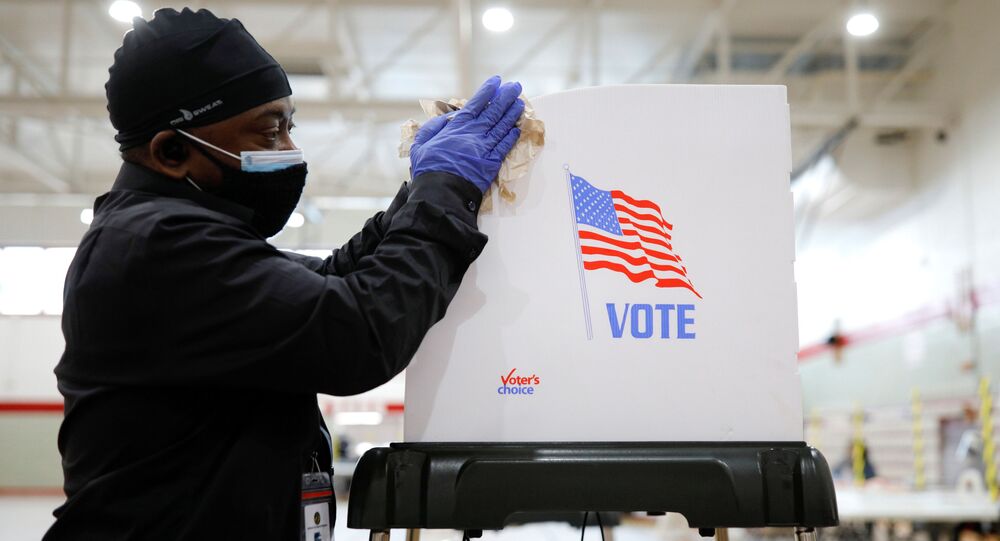 The company has previously been criticised for its negative influence on the election process. George Soros and many left-leaning politicians claimed the company allowed "foreign meddling" during the 2016 elections, while Republicans, including President Trump, accused Facebook of politically-motivated censorship.

Facebook founder and CEO Mark Zuckerberg on Tuesday announced that the social network will let users opt out of political ads. The company is also planning to help register 4 million voters for the 2020 election in the "largest voting information campaign in American history".

In an opinion piece in USA Today, Zuckerberg pledged to share all election-related information and prevent voter suppression, claiming it "disproportionately targets people of colour".

"To achieve this, we're creating a new Voting Information Centre with authoritative information, including how and when to vote, as well as details about voter registration, voting by mail, and information about early voting".

"We'll also include posts from state election officials and verified local election authorities. We'll show this centre at the top of the Facebook News Feed and on Instagram to make sure everyone gets a chance to see it", he stated.

At the same time, those who don't want to see this information will be able "to turn off seeing political ads".

Zuckerberg also reiterated his statement against censorship, as he previously stood against banning political ads in the name of free speech.

"We have rules against speech that will cause imminent physical harm or suppress voting, and no one is exempt from them. But accountability only works if we can see what those seeking our votes are saying, even if we viscerally dislike what they say", he said, noting he'd prefer to "maintain as open a platform as possible".

The upcoming elections have sparked numerous debates as some states embraced voting by mail in order to avoid crowds at polling stations and curb the COVID pandemic. Numerous politicians, however, including President Trump, stated that the scheme creates opportunities for major voting fraud.