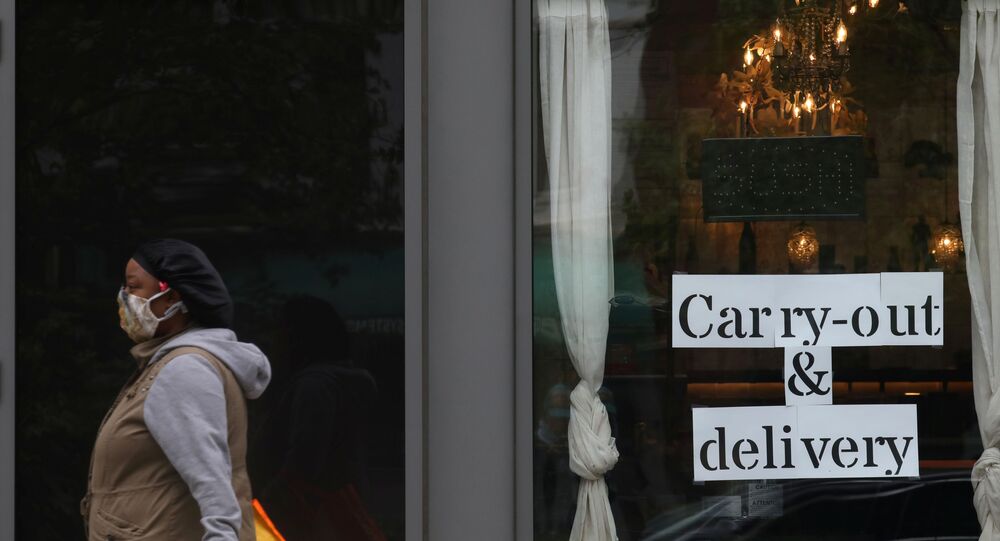 A new report commissioned by the Independent Restaurant Coalition reveals that as many as 85% of US independent restaurants may be forced to close down by the end of the year due to the COVID-19 pandemic.

“In fact, job losses in the restaurant industry account for more than a quarter of the increase to the US unemployment figures since February, figures that have not been seen since the Great Depression,” the report notes.

Independent restaurants, unlike fast food chains, are highly dependent on dine-in revenue and thus have been hit particularly hard by the outbreak.

The closing down of as many as 85% of independent restaurants will also undeniably impact the American economy. According to the report, such establishments are a large part of the restaurant industry as a whole, which generates more than $760 billion in annual sales and employs millions of people across the US.

“With millions of jobs at stake, the collapse of independent restaurants would ignite a downward economic spiral with ripple effects in other already hard-hit industries in the travel, hospitality and leisure sector that would be felt for years. Mass failure may also destabilize the commercial real estate market if these restaurants cannot pay rent, which could also incite a spillover effect in the larger economy,” the report warns.

To ensure that independent restaurants survive the end of the year, the Independent Restaurant Coalition suggests that the federal government provide grants to such businesses through the Restaurant Stabilization Fund.

“Swift intervention with an infusion of $120 billion through the Restaurant Stabilization Fund (the ‘Stabilization Fund’ or the ‘Fund’) would give independent restaurants the ability, confidence, and incentive to re-hire employees and stay open (or re-open) - even at reduced capacity, when they would otherwise find it to be in their best interest to remain closed or only offer takeout,” the report argues.

The Independent Restaurant Coalition predicts that the Stabilization Fund would lead to at least $248 billion in economic returns.

Emerging Evidence Suggests COVID-19 May Cause Diabetes in Healthy People