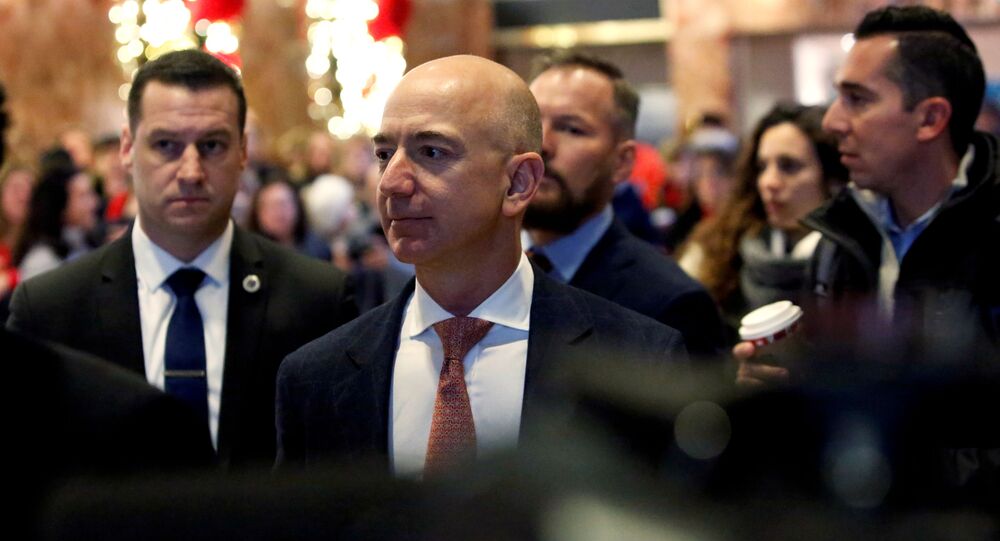 Lawmakers in the United States have been pushing to receive confirmation from the CEOs of large tech companies to testify before an antitrust committee over anti-competitive behaviour, especially the use of third-party sellers and data collection.

Amazon's Jeff Bezos said he is willing to testify and answer questions regarding his company's anti-competitive practices, a spokesperson for the CEO confirmed to POLITICO.

The move by Bezos, who is the world's richest person - with a net worth of approximately $153 billion - marks a concession that may prevent a high-stakes legal bout regarding his testimony.

Amazon's legal representative, Robert Kelner of the firm Covington & Burling, issued a letter to the House Judiciary Committee on Sunday, confirming that the CEO is "committed to cooperating with your inquiry", which would include Bezos being "available to testify at a hearing" alongside other tech bosses in the summer.

"Of course, we will need to resolve a number of questions regarding timing, format, and outstanding document production issues, all necessarily framed by the extraordinary demands of the global pandemic", the letter added.

While Amazon agreed to the appearance, the company lawyer was reluctant to meet further requests, including producing certain company documents.

"Amazon remains deeply concerned that you cannot assure that the most sensitive corporate documents reflecting business strategy and other competitively sensitive information would be withheld from its many competitors", Kelner wrote.

This would make Bezos the latest in a series of appearances before congressional panels probing allegations of antitrust and anti-competitive activity by high-profile tech executives.

In May, lawmakers threatened to subpoena the CEO’s testimony regarding Amazon’s treatment of third-party vendors, indicating a significant investigation into the sector.

The inquiry, which began June 2019, has prioritised accusations of anti-competitive behaviour against Amazon, Apple, Google, and Facebook. In a later response, Amazon said it would offer an “appropriate” executive to testify, but had not at the time committed to Bezos appearing.

Pressure has increased on Alphabet - the parent company of Google - to provide testimony from their CEO, as well as the CEOs of Apple, Facebook and Amazon, giving each until Sunday to respond, according to a report in Axios.

Currently, no date for a hearing has been confirmed.

Representative David Cicilline (D-RI), who heads the antitrust subcommittee leading the investigation, praised the confirmation by the Amazon CEO to testify.

On Monday, he said that the testimony of CEOs and the production of internal documents is "essential to complete this bipartisan investigation" about competition in the digital marketplace.

"Make no mistake, we will gather whatever testimony and documents are necessary to complete this bipartisan investigation properly", he later tweeted.

While Cicilline says he expects to hear from the heads of the other three tech companies, the others have yet to confirm their compliance with the testimony.

Amazon will address accusations of misleading the committee during previous testimony regarding the use of data. Amazon's lawyers denied accusations in April by the Wall Street Journal that it had obtained information from third-party sellers in order to create competing products.

Amazon Non-Committal on Having CEO Jeff Bezos Testify in Congress