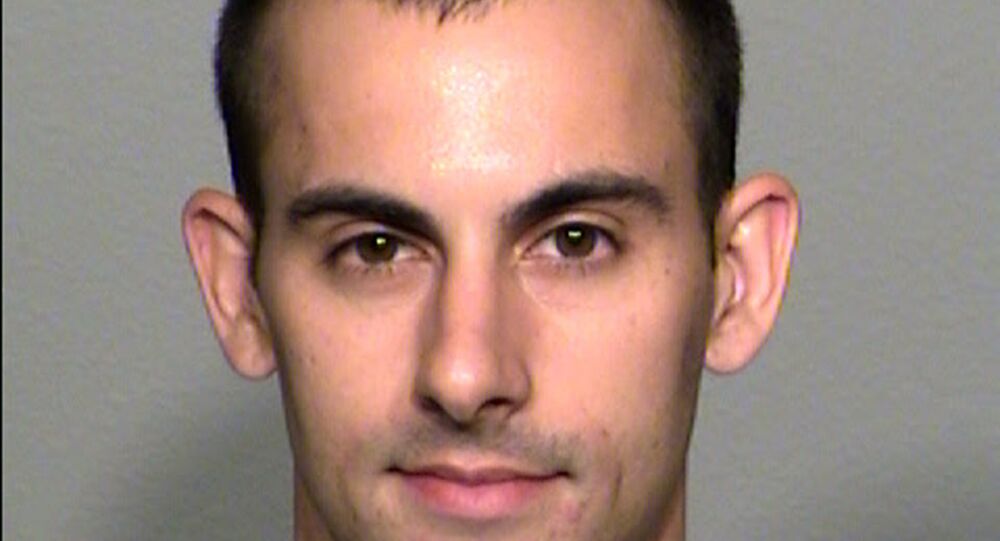 MOSCOW (Sputnik) - A Las Vegas police officer shot and wounded during a George Floyd protest is now paralyzed from the neck down, his family said in a note shared by the Las Vegas Metropolitan Police Department (LVMPD) on social media.

"Shay Mikalonis is on a ventilator and will remain so. He is also paralyzed from the neck down and unable to speak. Shay is awake and seems to recognize his family members," the Mikalonis family said in a post shared by LVMPD on Facebook.

Officer Mikalonis, 29, is currently at University Medical Centre, but, according to his family, he has been accepted to "one of the best spine rehabilitation centers in the country", where he will soon continue treatment.

The Mikalonis family thanked all the people who attended the Thursday fundraiser organized by the Injured Police Officers Fund.

"Words cannot begin to express how grateful we feel. We as a family want to say thank you Las Vegas for your continuing support of Shay", the LVMPD police officer’s family wrote.

Shay Mikalonis, a four-year LVMPD veteran, was shot in the face during a George Floyd protest near the Circus Circus Hotel & Casino in Las Vegas on 1 June. Edgar Samaniego, the 20-year-old man accused of shooting Mikalonis, is facing charges of attempted murder with the use of a deadly weapon and two counts of discharging a gun in a prohibited area.

Mass protests against police brutality and racial discrimination have been ongoing in the US and other countries in the world since the death of George Floyd, a Minnesota resident, in police custody on 25 May.