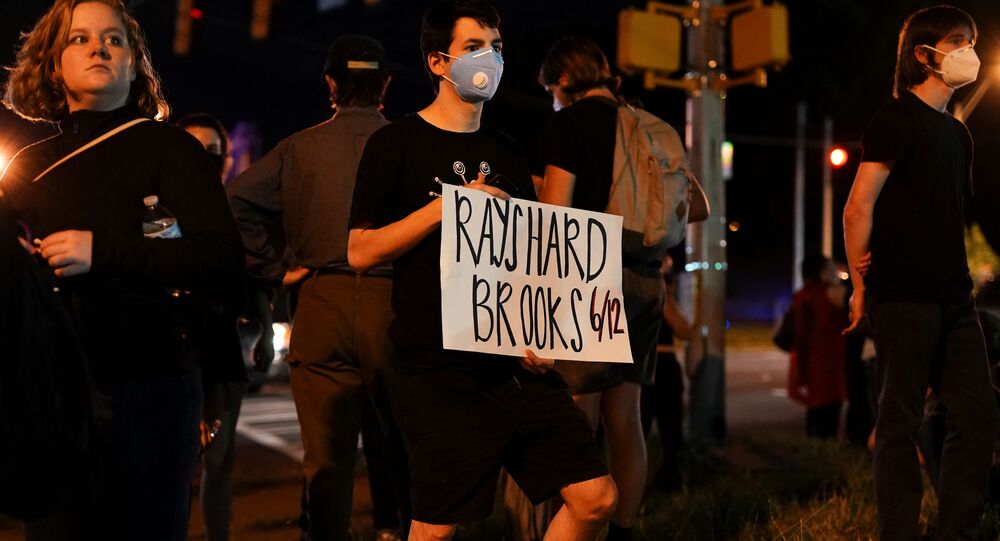 The policeman who shot Rayshard Brooks has been fired, and his colleague placed on administrative duty.

Bodycam and dashcam footage has been released by Atlanta Police showing the moments before the fatal shooting of black man Rayshard Brooks in a parking lot near Wendy's on the night of 12 June.

The video shows police officers attempting to arrest the 27-year-old Brooks, who was suspected of being under the influence of alcohol and had failed a sobriety test. The suspect allegedly started an altercation with the officers and grabbed a taser from one of them and tried to flee. The footage does not show the shooting itself but the sound of gunshots can be heard. Brooks was taken to a nearby hospital, where he died.

The officer who shot Rayshard Brooks has been fired, while his colleague was placed on administrative duty.

Protests took place near Wendy's where the incident took place. People blocked traffic in the area, and some of the protesters set the restaurant on fire.