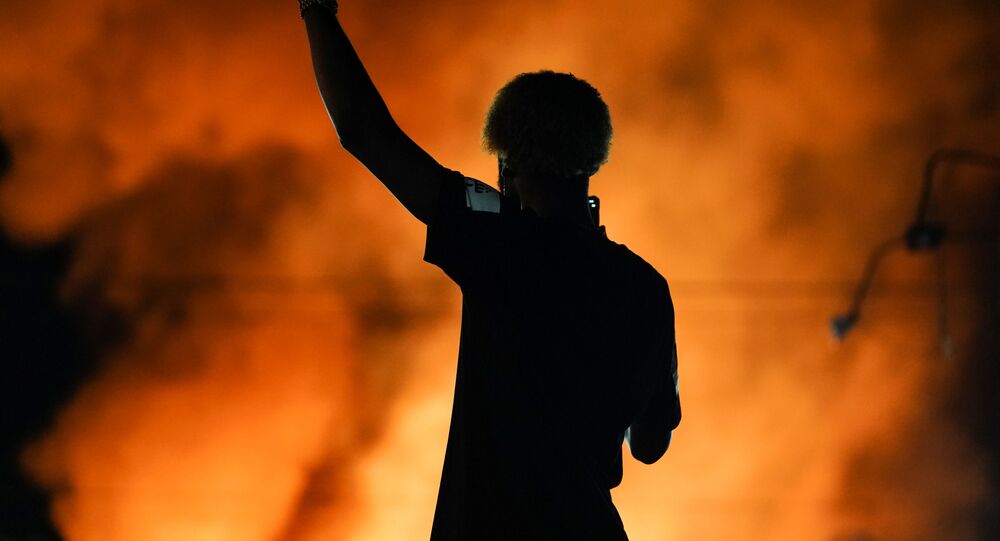 The incident took place amid the protests in the capital of the US state of Georgia which erupted after local resident Rashard Brooks was shot to death by a police officer.

Wendy's restaurant where Rayshard Brooks was shot by police officers was set on fire, according to reports on social media.

Fire at Wendy's on University Ave in southwest Atlanta raging. A night to remember in Atlanta: Rayshard Brooks shot by an officer, the chief of Atlanta police resigned, and protesters stormed the interstate. Now, fire. #AtlantaShooting #AtlantaProtest pic.twitter.com/Fgjq7jhDiZ

"Atlanta Fire units are standing by until they can safely get to the fire burning at Wendy’s (125 University Ave). Restaurant is fully involved and adjacent to a gas station. No reports of anyone inside the location", Atlanta Fire Rescue said on Twitter.

🚨 #Atlanta Fire units are standing by until they can safely get to the fire burning at Wendy’s (125 University Ave). Restaurant is fully involved and adjacent to a gas station. No reports of anyone inside the location. #AFRD

Earlier in the day, Atlanta Police Chief Erika Shields, who has served in the police for more than 20 years, stepped down following Brooks' death.

Brooks, 27, died in hospital after he was shot in his back by a police officer during arrest on Friday night as he tried to flee. According to the Georgia Bureau of Investigation, he was found asleep and intoxicated in his car while in a drive-thru line at a local Wendy's, obstructing the customer traffic. After failing a sobriety test, he allegedly started an altercation with the two officers, then grabbed a Taser from one of them and ran away. Public domain video footage of the incident did not capture the shooting, but recorded the sound of three gunshots, presumably fired by the officer who chased him.

The US has been gripped by protests since late May, after a video showing Minnesota resident George Floyd pinned to the ground by a police officer for more than eight minutes went viral. First peaceful, the protests later turned violent, with rioters clashing with police forces, looting stores and setting cars ablaze across the country.