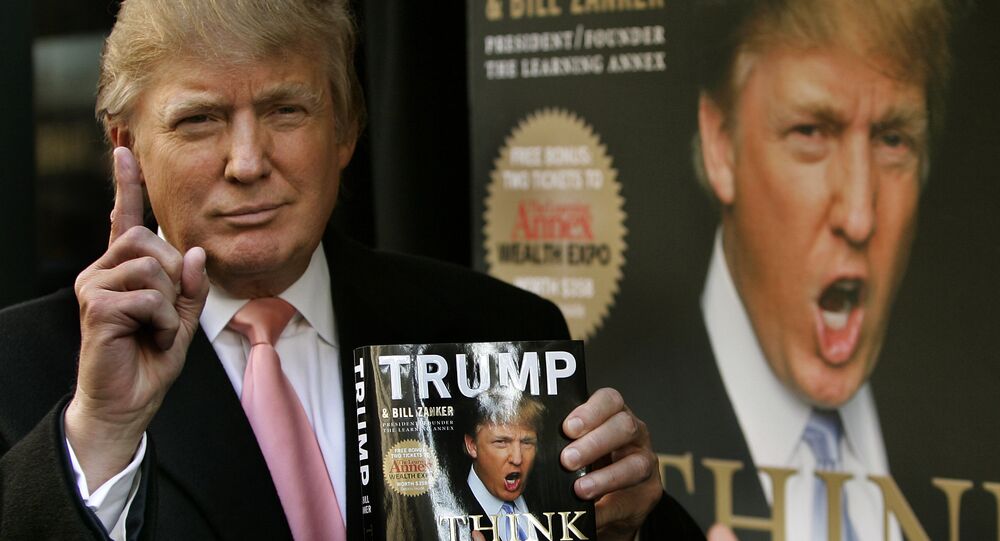 Donald Trump will certainly be remembered as the 45th President of the United States. However, before he entered politics, the billionaire tried his hand at a number of roles, including real estate mogul, TV host, writer, actor, airline owner - even king of beauty pageants.

Donald Trump’s 74th birthday comes in the midst of a global coronavirus pandemic, ongoing Black Lives Matter protests and the approaching US presidential elections that will soon decide whether the next four years will also pass under the slogan “Make America Great Again”.

Trump hard certainly ruffled a few feathers during his term in office. He is the third president to be impeached by the House of Representatives, he temporary banned immigration to the country from certain Muslim states and he started a lengthy trade war with China. He also became the first sitting American president to visit North Korea and oversaw record low levels of unemployment - before the global pandemic kicked in. But apart from his political career, for many Trump will also be remembered as an unforgettable TV personality and quite a successful real estate player.

Donald Trump is the son of real estate tycoon Fred Trump and Mary MacLeod from Scotland. The fourth of five children, he watched the family business “Elizabeth Trump & Son” grow. However, due to his apparent lack of discipline and misbehaving, he was sent to New York Military Academy during his teenage years, graduating with the rank of cadet captain.

After then graduating from the University of Pennsylvania’s Wharton School of Finance and Commerce in 1968, Donald began his career at his father’s real estate company, which he renamed the Trump Organization on taking over three years later.

Trump significantly boosted his father’s extensive real estate portfolio with a number of prestige projects. Some of his famous Manhattan projects included the legendary Trump Tower on Fifth Avenue and the renovation of the Commodore Hotel into the Grand Hyatt Hotel, which reportedly brought Trump $140 million after his share of investments was sold back to Hyatt.

Other buildings around the world were also soon set to bear Trump’s name, including Trump Towers in Mumbai, and Istanbul.

However, a large part of Trump’s income in real estate was generated not through direct ownership, but rather through licensing agreements, which still brings his company millions of dollars every year.

Trump’s name has also featured on clothing, furniture, perfume and even on Trump University, which was running courses on real estate from 2005 to 2010.

From 1988 to 1992, Donald Trump owned the Trump Shuttle airline with 21 planes, but failed to make a profit and later sold it on to USAir. In 1995, he founded Trump Hotels & Casino Resorts, later rebranded as Trump Entertainment Resorts, company that was managing Trump Plaza, Trump Castle and some other casino sites. This arm of the business has proved to be less successful with several bankruptcy filings.

Donald Trump did not stop here. Since 1999, his company has been buying and constructing more than a dozen golf courses worldwide, some of which it operates to this day. According to the president’s financial statements, the golf courses earned him $246 million in 2017 alone.

In 2018, Forbes estimated Trump’s net worth to be $3.1 billion, quite a significant jump from an undefined share in his family’s fortune, which was valued by the same magazine to be worth $200 million back in 1982.

King of Beauties and Aspiring Businessmen

The first billionaire US president also had quite a sparking entertainment career. In 1996, he became the owner of the Miss Universe beauty pageants brand, which included the Miss USA and Miss Teen USA competitions. This business was sold to the William Morris talent agency in 2015, but Trump has since found another passion. From 2003 and for 12 years onwards, he was co-producing and hosting a reality show The Apprentice, featuring fierce competition among those striving to earn a job at Trump’s namesake organization.

He also occasionally appeared in some comedy shows and movies, including a famous scene with Macaulay Culkin in Home Alone 2; got engaged in professional wrestling and co-authored around 10 books on business and his personal life. His 1987 “The Art of the Deal” book, co-written with journalist Tony Schwartz, even climbed to a top position in the The New York Times Best Seller list.

In the book, the future US President credited his mum for his inherited love for shows and spectacle.

“Looking back, I realise now that I got some of my sense of showmanship from my mother”, Trump wrote. “She always had a flair for the dramatic and the grand. She was a very traditional housewife but she also had s sense of the world beyond her”.

In 2015, Donald Trump made his most famous media blitz so far, announcing that he would be running for the American presidency on the Republican ticket. To the surprise of many, he actually won the contest and moved to the White House in January 2017.