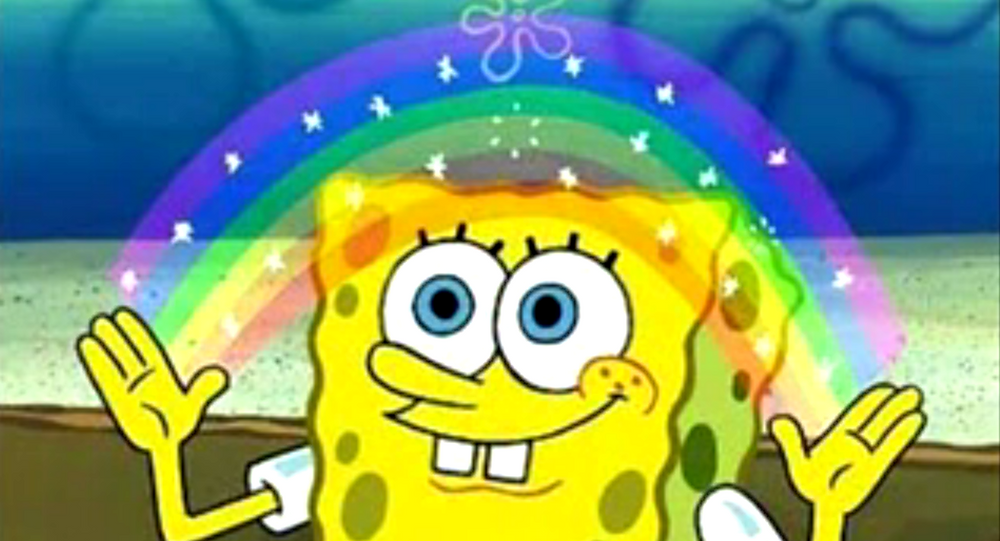 While a picture of the popular Bikini Bottom dweller was attached to a tweet hinting he may represent the LGBTQ+ community, the channel did not say straight that he is gay.

Nickelodeon thrilled netizens on Saturday after it posted a tweet to celebrate Pride month with the LGBTQ+ community and their supporters. Apart from SpongeBob SquarePants, the post featured Schwoz Schwartz from Henry Danger and Korra from Avatar: The Legend of Korra in a rainbow background.

Celebrating #Pride with the LGBTQ+ community and their allies this month and every month 🌈 ⁣
(🎨: by @ramzymasri) pic.twitter.com/pENmTaQB0h

Netizens, many of whom having suspected SpongeBob might be gay for a long time, perceived this as confirmation that he actually is, according to hundreds of posts and comments shared on Twitter. While some users rushed to share their joy on hearing the news, others took to review some of the scenes from SpongeBob in search of "gay" hints.

bitches just now tweeting "spongebob gay", like bitch i been knew, look at this mf 😭😭💀 pic.twitter.com/HVNG6WsBgY

Spongebob gay? Damn Sandy about to be shook pic.twitter.com/7SvPVHopfI

Someone suggested SpongeBob was gay due to his adoration of the octopus Squidward, who lives next door.

Everyone shocked that nick tweeted out spongebob gay , when this literally was in an episode lmao pic.twitter.com/7X3WH2u4ts

Spongebob gay? I mean he literally had a baby with Patrick pic.twitter.com/RMLVUomVsL

Fans, however, have not bothered with mentioning the two other characters in Nickelodeon's post, as they have been aware of Korra being gay or bisexual according to the show, while Michael D Cohen, who plays Schwoz, is actually a transgender man in real life.

Funnily enough, Spongebob creator Stephen Hillenburg had previously dismissed suspicions that his character was gay back in 2002. "I always think of [the characters] as being somewhat asexual", Hillenburg said at the time.

While it is indeed questionable if cartoon marine creatures can have a sexual orientation, most still enjoy the series for its entertainment value.

WI don’t care if spongebob is asexual, bisexual or gay, I stan him pic.twitter.com/qzLD47aCnv