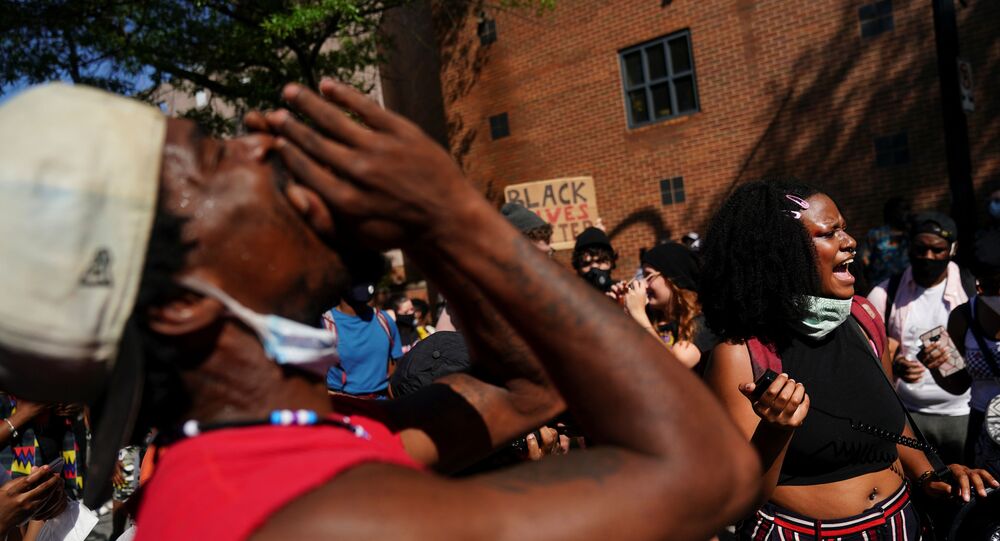 Demonstrations in support of the black community and protests opposing police violence against African American people have been underway in various US cities since late May in response to the killing of an African American man, George Floyd, in police custody.

The governor of Kentucky, a Democrat rival of President Donald Trump, said that he has clinched support from lawmakers in the president's party to remove a statue dedicated to Confederate soldiers from the state which many consider synonymous with the state's history of black slavery.

While Kentucky was a border state during the 1861-1865 American Civil War, both the Union and Confederate armies recruited troops there and the Confederacy managed to control the Jackson Purchase, a region in the southwest of the state which was known for its tobacco plantations.

A video of George Floyd's arrest showed a white police officer, George Chauvin, shoving his knee into Floyd's neck for almost nine minutes after he had been restrained, despite Floyd saying that he could not breathe; Floyd later died in hospital. The clip sparked protests which soon turned into riots, as cities across the US descended into chaos characterised by looting, arson attacks and the destruction of property.