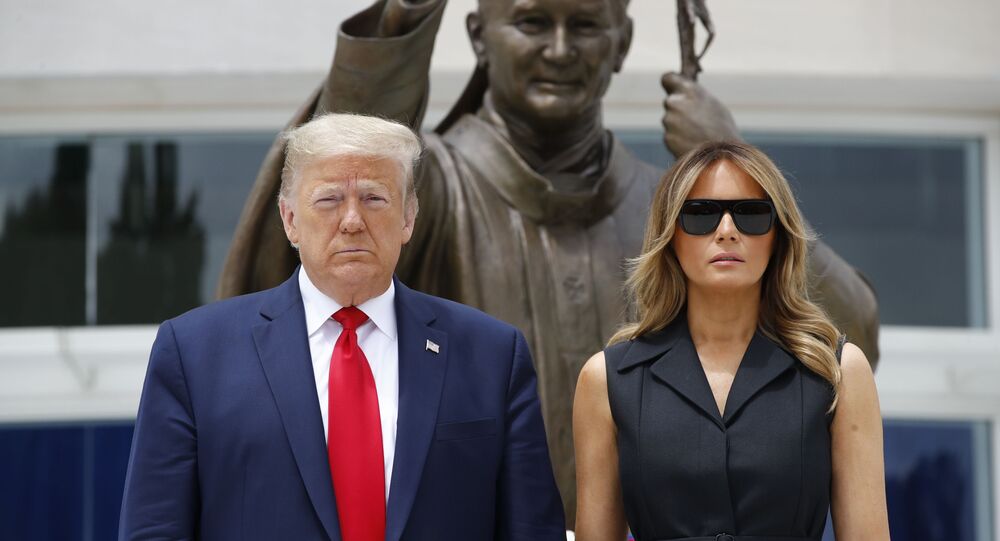 Till Death Do Us Part: Melania Trump Reportedly Held Off White House Move to Renegotiate Prenup

A new book to be released next week by a Washington Post reporter claims that first lady Melania Trump delayed her move from New York City to the White House back in 2017 because she was renegotiating her prenuptial agreement with US President Donald Trump.

In her book titled “The Art of Her Deal: The Untold Story of Melania Trump,” author Mary Jordan claims that Melania held off moving into the White House because she was actually amending her “financial agreement with [Donald] Trump.”

It’s worth noting that reports at the time indicated that the first lady was staying in New York City because she didn’t want to uproot her 10-year-old son Barron during the middle of the school year.

The book is based on more than 100 interviews with sources close to both Donald and Melania Trump, including former New Jersey Governor Chris Christie and the first lady’s Slovenian schoolmates, according to the Washington Post.

Melania allegedly wanted to renegotiate the prenuptial agreement after learning news of her husband’s alleged sexual infidelity and relationship with adult film star Stormy Daniels from reports that flooded the internet and television during the 2016 US presidential election season. Jordan writes, citing three people close to Melania, that the negotiations were complete by mid-2018.

In her book, Jordan also argues that Melania is more like her husband than people realize and that there is little evidence to back up claims that Melania can speak four or five languages fluently, claiming that the first lady can only speak English and Slovene fluently.

“Photographers and others who have worked with her over the years — including native speakers of Italian, French, and German — told me that they never heard her use more than a few words of those languages,” Jordan writes.

However, in a statement Friday, the East Wing rejected the claims made in Jordan’s book.

"Yet another book about Mrs. Trump with false information and sources. This book belongs in the fiction genre," said Stephanie Grisham, the first lady's chief of staff, although she did not specifically refer to any of the claims in the book.