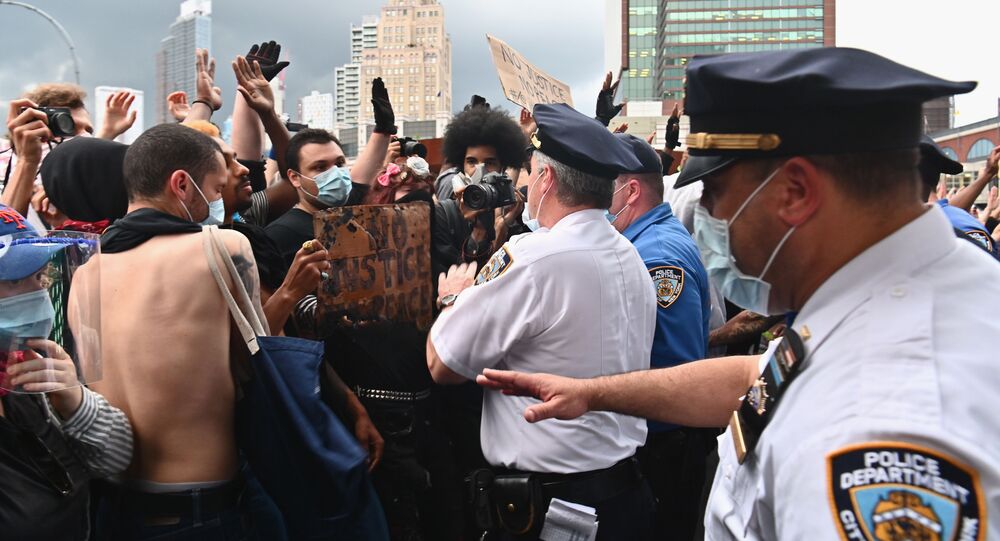 This comes amid mass protests against police brutality and racial discrimination which have been taking place in the US and worldwide.

The bill also bans the use of the chokehold technique during detentions.

#BREAKING: I am signing into law nation-leading criminal justice & police reform bills — including legislation that ends 50-A & bans chokeholds.

Thank you to @AndreaSCousins, @CarlHeastie & the Legislature for your partnership and fast action.

This is a historic moment for NY.

​At the signing ceremony, Cuomo was joined by the Rev. Al Sharpton and Gwen Carr, the mother of Eric Garner, who was killed by police in New York in 2014, according to AP.

"Police reform is long overdue and Mr. Floyd's murder is only the most recent murder,'' Cuomo said, as quoted by the agency.

Revoking Section 50-a will make complaints against policemen public, as well as transcripts and final dispositions of disciplinary proceedings.

The measures which have been signed into law by Mr Cuomo were approved by the state's Democratic-led Legislature earlier this week.

The US has recently seen mass protests against police brutality which were prompted by the death in police custody of African American man George Floyd. He was detained by police in Minneapolis on 25 May, and one of the officers kneeled on Floyd's neck for nearly nine minutes although the latter laid on the ground, handcuffed, and pleaded for life, saying that he could not breathe. Floyd was pronounced dead at a hospital shortly after the detention.