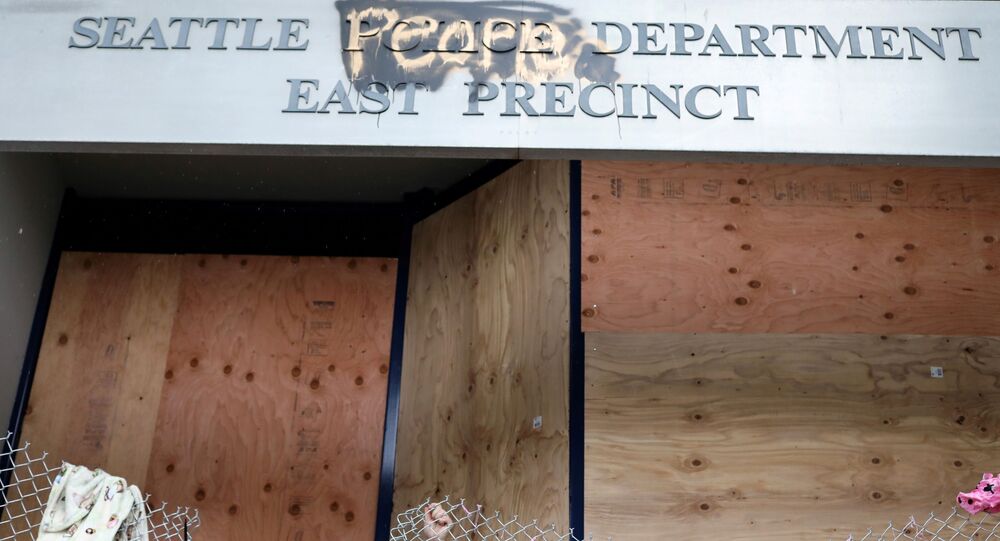 Earlier, US President Donald Trump said that the White House was finalising an executive order that will encourage law enforcement departments across the United States to meet the most current professional standards with respect to the use of force.

Black Lives Matter protesters have occupied several blocks of central Seattle's artsy Capitol Hill neighbourhood and were camping outside the City Hall building. Law enforcement officers have been ordered not to use tear gas and other violent tactics to disperse the crowds.

After the Seattle Police Department abandoned the East Precinct building on Monday, protesters took control of the surrounding six-block area and reworked with spray paint the sign above the station’s door to read “Seattle People’s Department East Precinct”.

On 25 May, George Floyd, a 46-year African-American man, was pronounced dead at a Minneapolis, Minnesota hospital shortly after a white police officer knelt on his neck for eight minutes and 46 seconds. A viral video of the incident sparked worldwide protests.