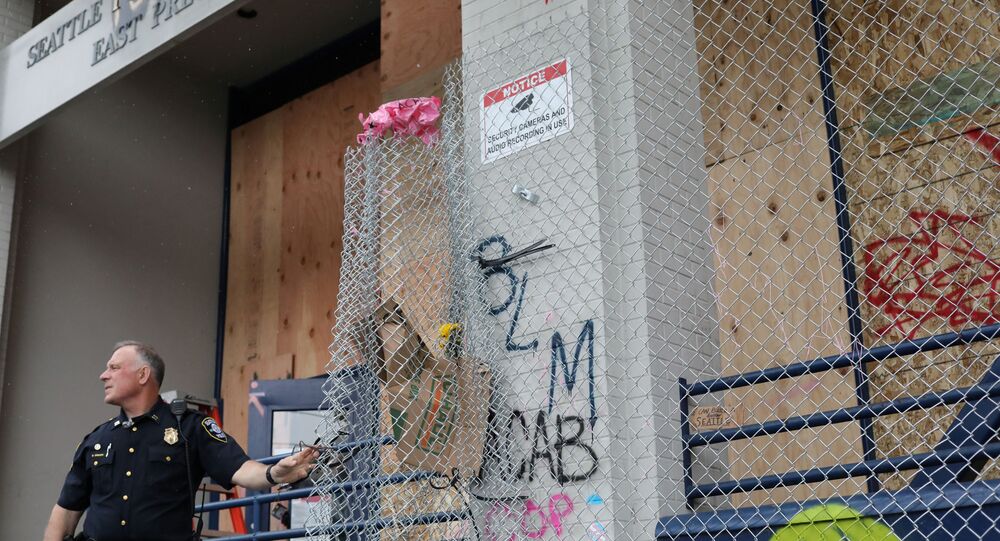 Protesters "took over" the Seattle Police Department's East Precinct after it was abandoned by police on Monday night in what was described as an act of "trust and de-escalation" by local authorities.

Seattle Police Department's Chief Carmen Best said on Thursday it was not her decision to pull out from the East Precinct building and leave it to the protesters.

"The decision to board up the precinct, our precinct, our home, the first precinct I worked in, was something I had been holding off", Best said in a video address to her officers. "You should know, leaving the precinct was not my decision."

The SPD chief said that the city "relented to severe public pressure" in abandoning the precinct and that she was "angry about how this all came about".

"...I asked you to stand on that line day in and day out, to be pelted with projectiles, to be screamed at, threatened, and in some cases, hurt. Then to have a change of course nearly two weeks in, it seems like an insult to you and our community", Best told police, apparently referring to the events that took place on Saturday, when protesters reportedly threw glass bottles and rocks at officers in the area.

After the police retreated, protesters erected barricades in the surrounding six-block area and spray painted the sign above the station's door to read "Seattle People's Department East Precinct". One of the signs put on the blocks said, "You are now leaving the USA" and entering the "Capitol Hill Autonomous Zone".

Citizens across the United States have been protesting non-stop since the death of Minneapolis resident George Floyd.

Commenting on the situation in Seattle, US President Donald Trump accused Washington state Governor Jay Inslee and Seattle Mayor Jenny Durkan of being "taunted" by the protesters and threatened to take action.