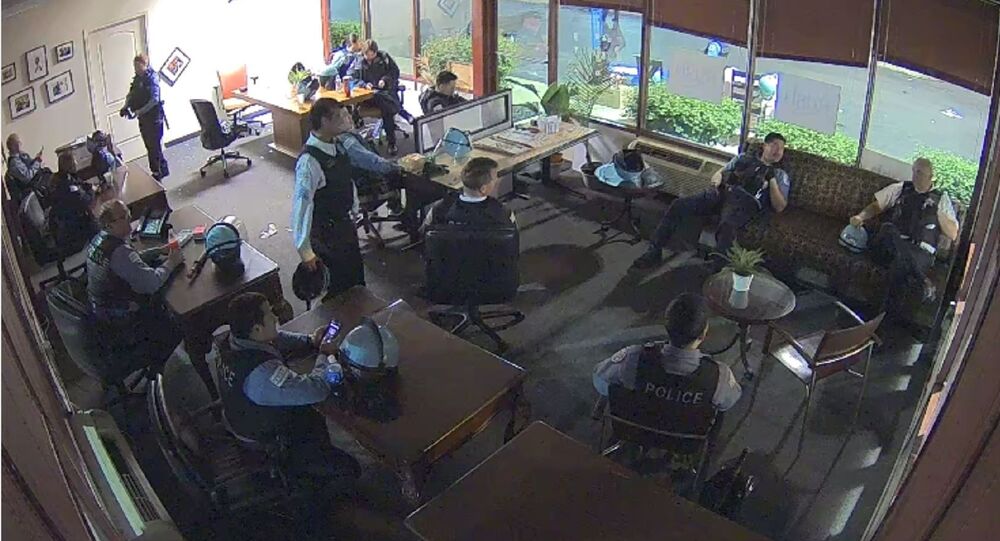 Chicago Mayor Lori Lightfoot is demanding a group of Chicago Police Department officers come forward and face “the strongest possible action” after surveillance footage showed them eating food, napping and relaxing in the office of US Rep. Bobby Rush (D-IL) amid active looting and other criminal activity.

Rush, a co-founder of the Illinois chapter of the Black Panthers, was notified that his campaign office had been burglarized amid the extensive looting which occurred in Chicago’s South Side neighborhood on June 1.

However, upon inspection of surveillance footage, the lawmaker’s staffers discovered a number of Chicago Police Department officers making themselves at home in his Englewood office. At least three supervisors, seen in white shirts, were also in the building.

While the surveillance footage has yet to be released to the public, Lightfoot displayed a number of images from the video during a joint news conference alongside Rush on June 11.

“They even had the unmitigated gall to go and make coffee for themselves and some popcorn - my popcorn - in my microwave while looters were tearing apart businesses within their sight, within their reach,” Rush said, as reported by Block Club Chicago.

“They were in a mode of relaxation, and they did not care about what was happening to businesspeople, to this city. They didn’t care. They absolutely didn’t care.”

Lightfoot sternly condemned the observed officers’ actions as the abandonment of “their responsibilities and their obligation and their oath to serve and protect” and called for officials to “take the strongest possible action … particularly with the supervisors.”

“Clearly, I believe that they tarnished the badge,” she said.

Amid nationwide and local calls to defund the police, the Windy City’s mayor also announced the introduction of new legislation.

"I am ready to work with the governor and our other great partners in Springfield to forge a change in state law to require licensing and certification of police officers,” she said, as reported by NBC Chicago.

Chicago, like many other major cities in the US, has been severely impacted by looting and other crimes that have occurred while peaceful protesters attempt to honor the memory of George Floyd and other black victims of police brutality.

While Chicago has long been notorious for its high number of murders, the city experienced its most violent day in six decades on May 31. According to the University of Chicago Crime Lab, at least 18 people were killed that day, and a total of 25 people were murdered over the course of the weekend, defined as 7 p.m. local time on May 29 through 11 p.m. local time on May 31.

The lab’s available data dates back to 1961.