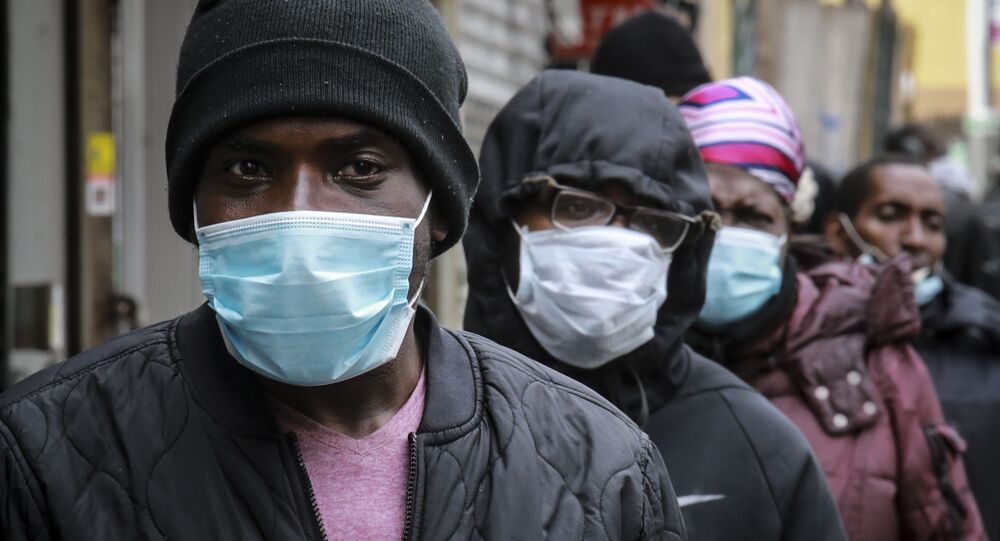 The development comes as the number of coronavirus cases in the United States has surpassed 2 million, according to John Hopkins University. Besides having the highest number of cases, the US has the highest death toll, more than 115,000, with African Americans dying at a significantly higher rate than people from other groups in the country.

An Ohio lawmaker has been accused of systemic racism after he asked whether serious coronavirus cases among African Americans could be the result of poor hygiene. During a hearing of the state's Senate Health committee on whether to declare racism a public health crisis, Senator Steve Huffman, who is also a practicing physician said the following:

"My point is I understand African Americans have a higher incidence of chronic conditions and it makes them more susceptible to death from COVID. But why it doesn’t make them more susceptible to just get COVID. Could it just be that African Americans or the colored population do not wash their hands as well as other groups or wear a mask or do not socially distance themselves? That could be the explanation of the higher incidence?", said Steve Huffman.

"He highlights what racism is from a systematic perspective. He’s a full legislator but beyond that, professionally, he’s a doctor. When we talk about the health disparities that happen because black folks aren’t believed when they’re actually hurt, they aren’t given the treatment that they need. Do you think that someone who acknowledges the ‘coloreds’ is going to give the love and care that people need when they come through those doors?", said Stephanie Howse, adding that the senator’s questions imply that African Americans are not smart enough to wash their hands and are dirty.

Senator Huffman said he was misunderstood and noted that he was trying to focus on why the disease affects "people of colour" at a higher rate since doctors "don’t know all the reasons".

A study conducted by the American Public Media Research Lab in May found that African Americans die from coronavirus at a significantly higher rate than all other ethnicities – 50.3 per 100,000 people. The death rate for white, Asian, and Latinos stood at 20.7, 22.7, and 22.9 respectively.

A separate analysis conducted in the United Kingdom by the Office for National Statistics found that black men and women in England and Wales are nearly twice as likely to die from COVID-19 than whites. Men and women from Pakistani, Indian, and Bangladeshi communities too had a significant risk of dying from the disease, the study found.

The development comes as the United States has surpassed 2 million, according to John Hopkins University. Besides having the most cases, the US has the highest death toll - more than 115,000, but the mortality rate is still lower than in major European countries. For comparison the mortality rate in Britain, which has the second-highest death toll (more than 41,000) after the US is 14.1, while in US its 5.7.